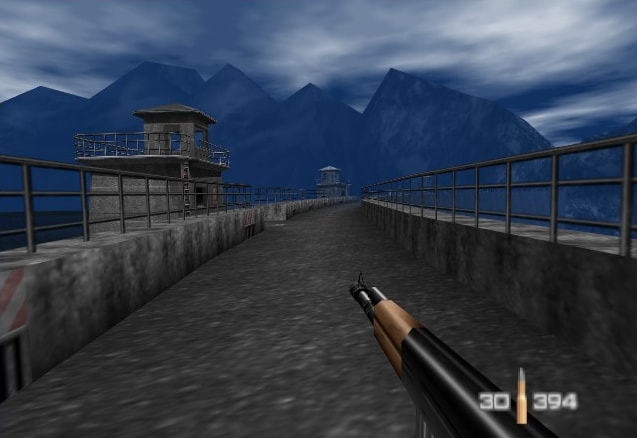 Over 20 years ago, GoldenEye 007 debuted on the Nintendo 64 on Aug. 25, 1997, and it completely changed the gaming landscape. Only five years after the game was released, Bryan Bosshardt completed the iconic “Dam” board on the Agent difficulty in a mind-boggling 53 seconds. Since then, Speedrunners have been setting their AR33 sights on the seemingly unbeatable record. No gamer has completed the board in the warp speed that Bosshardt accomplished until now.

Enter Karl Jobst. The speedrunner from Australia achieved the unthinkable; he not only matched Bosshardt’s record of 53 seconds, but he bested it by a second. There’s no time for gunning down Arkangelsk Siberian Guard with your PP7 or even your slappers. In his 7-minute YouTube video, Jobst sprints through the Byelomorye dam, nearly unscathed in the record-breaking 52 seconds. The announcement of the record-breaking moment comes at the 1:35-mark.

“I’m just shaking, this is insane,” Jobst says as he realizes he has just become a GoldenEye immortal. “I can’t just … like, I’m pins and needles.” During Jobst’s celevration, some kind soul donates $52 to his stream. Jobst revealed on Reddit that it took him a grueling 250 hours of gameplay just to edge this record by one second and added, “I fucking clutched it!” Will this cherished GoldenEye 007 record stand the test of time or will it fall in another 15 years?