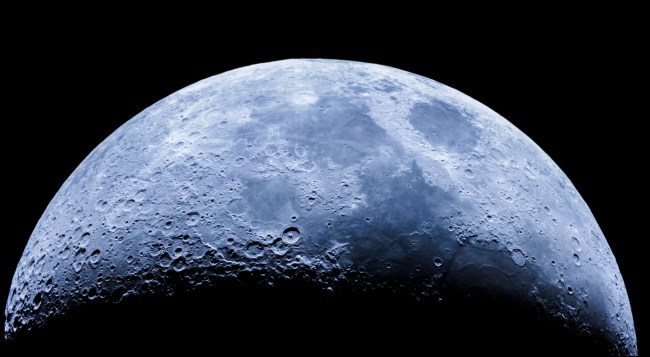 In a resolution that has come naturally to scientists, they have decided to send millions of sperm to the moon. The scientists have gone nuts by recommending that reproductive cells from 6.7 million of Earth’s species be rocketed to the moon.

Smartypants are calling it the “modern global insurance policy,” where scientists send a collection of reproductive cells — sperm and ova — to the moon. Get a load of this, the repository includes human DNA.Are you willing to give a helping hand?

“Earth is naturally a volatile environment,” study author and University of Arizona researcher Jekan Thanga, whose team at the University of Arizona submitted their report, told Science Daily. “Lunar Pits and Lava Tubes for a Modern Ark,” at the annual Institute of Electrical and Electronics Engineers (IEEE) Aerospace Conference on Saturday.

What is known as the “ark” experiment, millions of DNA samples would be transported to the moon in what is said to be a “modern global insurance policy.” The premise is based on the Svalbard Global Seed Vault that houses plant seeds on the Norwegian island of Spitsbergen in the Arctic Circle, where there are over 992,000 unique samples, with each containing an average of 500 seeds. That’s more DNA than your socks.

A plan to store seeds, spores, eggs and sperm on the Moon for safekeeping – https://t.co/WzaXtkXweW pic.twitter.com/VR8qYofyGa

“It’s not crazy big,” Thanga spewed. “We were a little bit surprised about that.” He adds that the mission is surprising “cost-effective. Earth is naturally a volatile environment.”

To get all of the baby batter to the moon, it would take approximately “250 rocket launches.” Seems like a lot of work, but good things come to those who wait.

“Earth is naturally a volatile environment,” said Thanga. “As humans, we had a close call about 75,000 years ago with the Toba supervolcanic eruption, which caused a 1,000-year cooling period and, according to some, aligns with an estimated drop in human diversity. Because human civilization has such a large footprint, if it were to collapse, that could have a negative cascading effect on the rest of the planet.”

“It’s like they’re locked in place by strings, but invisible strings,” Thanga said. “When you get to cryogenic temperatures, strange things happen. Some of it just looks like magic but is based on tried and laboratory-tested physics principles at the edge of our understanding.”

“What amazes me about projects like this is that they make me feel like we are getting closer to becoming a space civilization, and to a not-very-distant future where humankind will have bases on the moon and Mars,” said Álvaro Díaz-Flores Caminero, a doctoral student leading the thermal analysis for the project. “Multidisciplinary projects are hard due to their complexity, but I think the same complexity is what makes them beautiful.”

Finally, you’ll last more than 30 seconds and wow her.