Man Named The ‘Sperminator’ Who Gives Women Free Sperm Becomes A Father For 50th Time, This Time A Homeless Woman 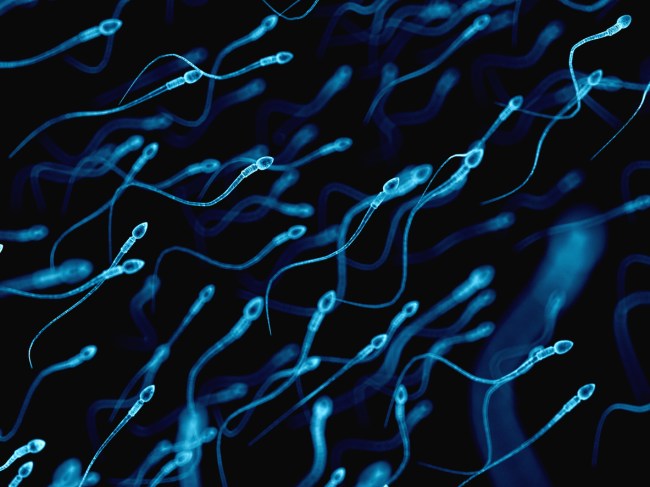 It’s a very special Father’s Day for one man with prolific sperm who has struck paydirt once again. Ari Nagel, a man simply known as “The Sperminator,” will become a father for the 50th time. Antonio Cromartie ain’t got nothing on this man. But this pregnancy is concerning for many since the expecting mother is homeless.

Nagel is a 43-year-old CUNY math professor who donates his super sperm to women across the globe for free. No need for a doctor or an expensive fertility clinic, Ari’s magic stick does the trick.

Since last Father’s Day, an extremely busy day for Ari, Nagel has brought 15 babies into this world. He has fathered 48 children over the years, and has two on the way, bringing his total to 50.

However, people are concerned about the most recent pregnancy since the mother is an 18-year-old homeless woman. Kaienja Garrick lives in the East River Family Center in New York City and has a due date of July 12th.

Kaienja allegedly sought out Nagel and his amazing gift last August when she turned 18-years-old. Garrick is currently unemployed and has been living in the shelter for about two years.

“I never asked her age — I try to help whoever asks,” Nagel said. “I think Kai is more mature than I was at her age after everything she has been through.”

Kaienja Garrick maintains that she raised her little sister who is 7-years-old. “I knew if I could raise my little sister, I can raise my own baby,” she said. “I’ve been taking care of her since she was born.”

Kaienja and her girlfriend of three years, Dee Slobert, didn’t want to go to a clinic because of how expensive it can be. The 21-year-old Slobert also lives in a homeless shelter with her mother and brother.

Kaienja looked up The Sperminator on Facebook and liked his “free sperm” offer. “He didn’t ask about anything,” she said. “ It’s good not to ask a lot of questions — it’s a woman’s choice.” They met up and Ari gave her a cup of the good stuff. Two weeks later, she was pregnant.

Kaienja understands the genetic issues that could happen and said she plans on inquiring about her daughter’s possible mates when she’s old enough to make sure they’re not related.

Last month, several women who Nagel knocked up threw Garrick a baby shower with plenty of gifts to get her started on being a new mom. Kaienja was several hours late to her own baby shower because she was getting her hair done and didn’t get to thank some of the “mom squad” because they left. “She’s only 18, you have to give her a break,” Nagel said.

It’s not been all fun and games for The Sperminator, five of the women he got pregnant have sued him for child support. Kaienja promises that she won’t sue Ari.

“I think it’s sad — it’s not like he charges us [for his sperm],” Garrick said. “If it wasn’t for him, I wouldn’t be blessed to have a child. It’s hard to find people like that. Nothing’s free in this world.”

The Sperminator has children all around the world from Latvia to Thailand, where a 39-year-old virgin paid for him to deliver the goods.

I’m sure Ari does.

Maury, take it away.

A few months ago, the story of Kyle Gordy broke, the 27-year-old man who called himself a “modern-day Jesus.” He fathered 18 babies all around the world since 2014. Ari Nagel laughs at the man and his weak sperm that only got 18 women pregnant.

Ari Nagel is like the inside of Tracy Morgan’s brain, but if it was a real person. “I’ma get somebody pregnant.” And repeat. And repeat.