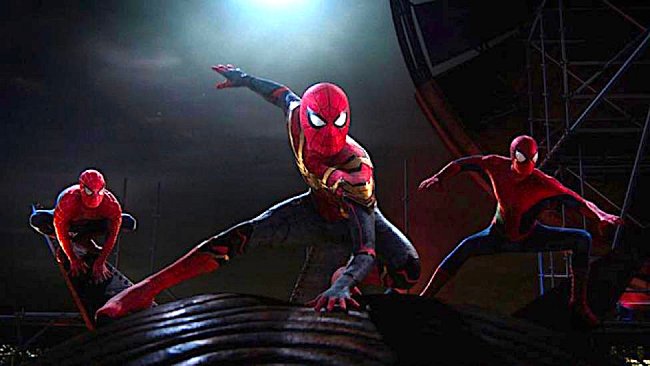 After briefly recreating the “Spider-Man pointing” meme in a blink-and-you’ll-miss-it moment during No Way Home’s third act, the film’s three superhero stars — Tom Holland, Andrew Garfield, and Tobey Maguire — have officially posed for the meme to help promote the film’s at-home release.

did they recreate it well? pic.twitter.com/STmuKwXlZh

The meme-come-to-life is a fitting culmination of the trio’s long journey to sharing the big screen, as the internet fervor surrounding the possibility of the three Spider-Man actors appearing in a film together had run rampant for years. What began on the internet has ended on the internet. Full circle, or something like that.

In addition to its upcoming at-home release — on digital on March 22 and Blu-ray on April 12 — The Spider-Man: No Way Home is currently playing in theaters and will hit Starz in the “next six months,” according to a Deadline report.