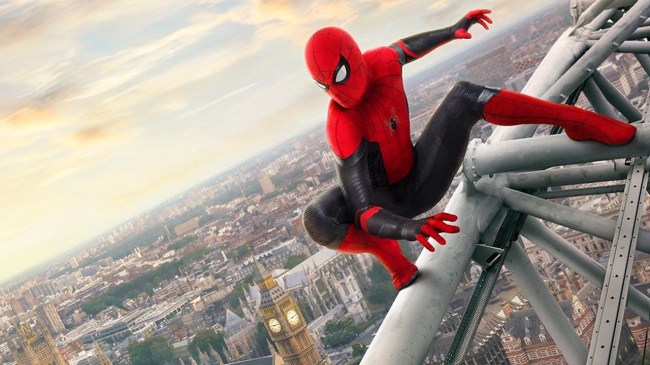 As is the case with all Marvel Cinematic Universe films — whether they be plot-revealing or joke-cracking — Spider-Man: Far From Home came stocked with two post-credit scenes.

While some post-credit scenes in the past have been used solely for the sake of humor (think Groot dancing to “I Want You Back” or Tony Stark spilling his guts to Bruce Banner), others have been used for major plot reveals, such as the introduction of Nick Fury at the end of Iron Man.

In the case of Spider-Man: Far From Home, both of its post-credit scenes had a little bit of both.

All of this week's latest rumors, trailers, and releases mixed with the Classic Sitcom Moment of the Week, Throwback Watch of the Week, Netflix Gem of the Week, & Pop Culture Must-Cops.https://t.co/oKGwwZelqJ

Post-Credit Scene #1 – The Return of J. Jonah Jameson and the unmasking of Spider-Man

About halfway through the credits, Far From Home‘s first post-credit scene takes place literal seconds after the film itself cuts to black.

As Spidey and MJ touch down following their web-slinging Manhattan joyride, a breaking news bulletin appears throughout the city, delivered by none other than Academy Award winner JK Simmons as J. Jonah Jameson.

While Simmons’ beloved version of Jameson came long before the Marvel Cinematic Universe, Spider-Man’s recent use of the “multiverse” (mentioned in Far From Home as an obvious nod to Into The Spiderverse) allowed Marvel to use the iconic character to deliver what’s actually quite a bit of shocking news.

Prior to his death, Quentin Beck / Mysterio (Jake Gyllenhaal) was able to record, edit, and send a video message that implicated Spider-Man as the European terrorist while also revealing his identity as Peter Parker.

While the villainization of Spider-Man is unlikely to stick (although it will certainly be explored in the next film), what is irreversible is the reveal of his true identity.

Given how close to home Peter Parker’s enemies came in Homecoming, the whole world now knowing who he is will only ratchet up the danger for Peter, MJ, and the rest of his loved ones.

With Norman Osborne rumored to be inbound to the MCU, expect the Green Goblin — and perhaps the rest of the Sinister Six? — to use this knowledge to their dastardly advantage.

Post-Credit Scene #2 – Where In The Universe Is Nick Fury?

The second post-credit scene, while also injected with that trademark Marvel Studios’ humor, also makes a major revelation about the events of Far From Home by showing that Nick Fury was actually the shape-shifting Skrull leader Talos from Captain Marvel.

Not to fear for the well-being of Fury, though, as he’s not only in on the charade, but he’s complicit in the ruse because he’s actually off galavanting in space with the rest of the Skrulls aboard a massive ship.

As for what the hell Fury is actually doing in space, our best guess is that he’s overseeing a further fortification of Earth. While the form that added protection will come in is unknown, the best bet is likely an extraterrestrial version of the Avengers featuring the likes of Captain Marvel, Dr. Strange, Thor, and the Guardians of the Galaxy.

Given that most of the OG, earthbound Avengers are gone (namely Iron Man, Captain America, and Black Widow) and the exponentially expanding nature of the MCU, taking the main storyline to the cosmos seems like a natural progression for the generation-defining franchise.