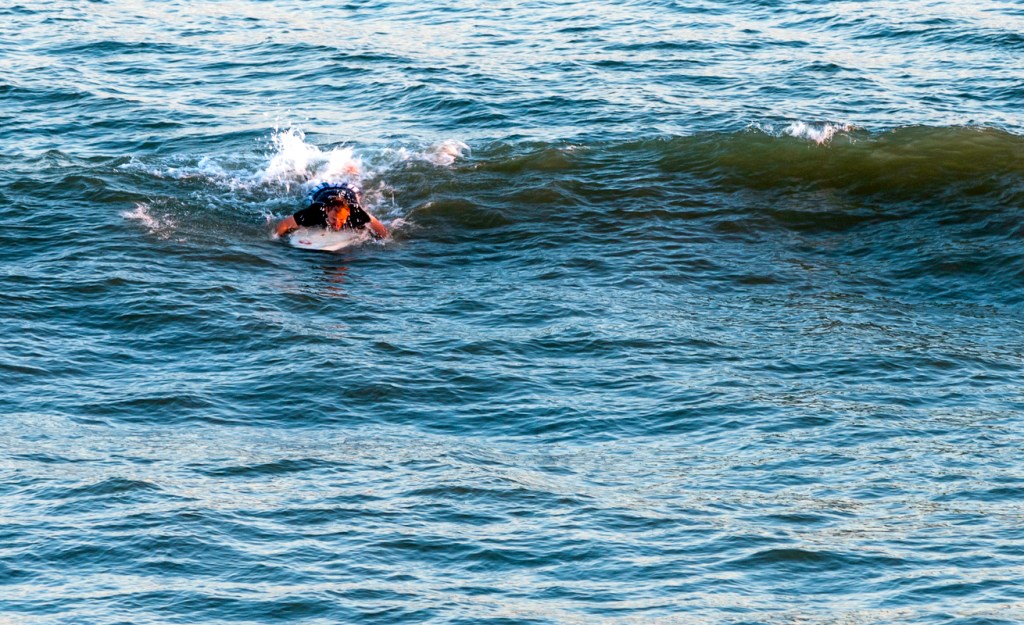 If you’re in the ocean, sharks are nearby. This is a fact. You might not be able to see them and the water might be crystal clear like the sapphire waters of The Caribbean but they’re still just around the bend. It’s their ocean and we just drop in from time to time.

Once you accept that reality, clips like this make sense and aren’t as jarring. I was fishing in Tampa Bay around this time last year. We were on a boat and casting towards the shore in water that was about 6ft deep. An older gentleman was wading in the water up to his chest and fishing. He wasn’t paying attention to us when I reeled in a 5-foot shark about 10 feet away from where he was standing. At all times, they’re everywhere.

Case in point, this Spinner Shark in North Myrtle Beach caught on camera. The surfer is a 15-year-old from Tennessee who was with his mom. She was filming back on the beach. He had no idea there was a shark doing Olympic-level twists just inches away.

As you can see in this video, Spinner Sharks are aptly named. They leap out of the water and spin like dolphins. It’s a pretty common behavior and it’s really cool to see in The Carolinas as you’re running from spot to spot on the boat and sharks are just leaping at random along with various rays.

It’s actually pretty remarkable the shark didn’t collide with his board. A second earlier and that shark would’ve bumped head-first into his board.