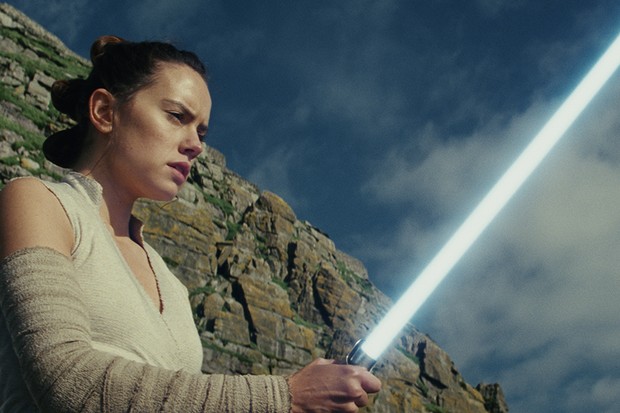 Details about Star Wars Episode 9 have been hidden away like a Rebel Alliance outpost on the planet Crait in a remote sector of the galaxy’s Outer Rim Territories. We finally get some insight with a new Episode IX poster leaking and it may reveal some major plot points about what to expect for the upcoming Star Wars movie.

On Wednesday morning, a poster leaked that is allegedly official art for Star Wars: Episode IX. The poster features important characters you would expect to see such as a Rey brandishing her blue lightsaber and wearing a white outfit, reminiscent of Luke Skywalker’s A New Hope garb. Kylo Ren sports a fancy new helmet. Resistance warriors Finn and Poe Dameron are also seen with new outfits. 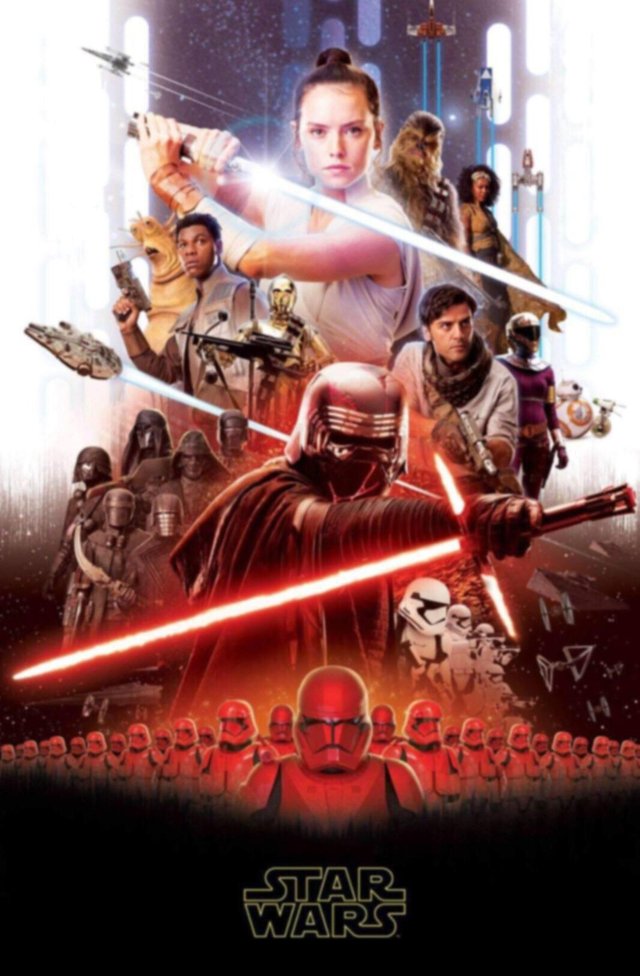 Keri Russell’s character Zorii is the one in the red jumpsuit with the large helmet. Above her is Lando Calrissian’s daughter Jannah, who is played by Naomi Ackie, who will also star in the Game of Thrones prequel. There’s also some Shape of Water-looking fish humanoid alien too.

To assist Kylo Ren against the Resistance will be the six Knights of Ren and an army of Stormtroopers, which are red, possibly from the glow of Kylo’s red crossguard lightsaber or a new military division of the First Order. Also seen in the poster are Chewbacca, BB-8 with its droid buddy named D.O., and C-3PO is actually ready to fight as he is armed with a bowcaster. There’s also a few spacecraft that make the poster including the Millennium Falcon.

Noticeably missing from the Episode 9 poster is Princess Leia played of course by the recently departed Carrie Fisher and Lando Calrissian played by Billy Dee Williams.

Many people believe that this isn’t THE official Star Wars Episode 9 poster for the movie, but rather a secondary poster.

That Star Wars Episode IX poster is not fake. It is a legit leak, but not of the official poster. It's (obviously) promo art, scaled down posters, the ones you find for $5 at Walmart. ie. these.

I’ve seen a lot of stuff this morning about that Star Wars: Episode IX poster leak, but keep in mind that is NOT the official poster, but rather one they will be showcasing and selling for promotional purposes.

The ones you see in Wal-Mart for cheap. Like these: pic.twitter.com/dVi3maudrm