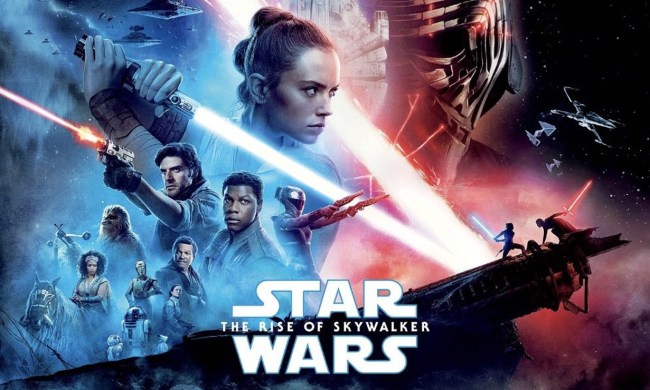 Fans the world over are very excited for the release this week of Star Wars: The Rise of Skywalker. Just not Star Wars fans. At least that’s how it appears on social media when one peruses the comments on the official Star Wars Twitter account.

The hate is strong with this one.

We’re talking hundreds upon hundreds of negative comments, most of which are coming from people who haven’t even actually seen the movie yet.

Star Wars: The Rise of Skywalker isn’t doing much better over on review sites like Rotten Tomatoes where it currently sits at just 59% and Metacritic where it’s only at 52%.

There is good in Star Wars: The Rise Of Skywalker. But there is more that is disappointing. There are a number of choices that just don't track, fan service that doesn't work, and ignored details that are missed. I'm bummed. #StarWarsRiseofSkywalker pic.twitter.com/Ztk0VzGc6H

Review: THE RISE OF SKYWALKER is terrible, a concession to imagined Star Wars fandom that forgets to entertain its actual audience. Fatally boring and incoherent. That said, Babu Frik is my small boyfriend now https://t.co/rh9qYgBPau

Obviously, not everyone who is a fan of Star Wars hates Rise of Skywalker, but there is still an amazing amount of backlash being spewed forth.

Epic. All of it. #TheRiseofSkywalker is a terrific finale that is just stuffed with so much of everything. Action, adventure — answers!! — humor, heart, love, and grit. I spent the entire second half with tears in my eyes – a wonderful way to end the Skywalker story pic.twitter.com/K2NhHSGWzM

The crux of the issue it would seem is the fact that a large segment of Star Wars fans are still unhappy that 1) George Lucas is not involved, and B) the stories that have followed since Lucas sold the franchise have not been up to snuff.

Check out some of these replies and comments to tweets the official Star Wars Twitter account has posted this week.

no thanks we good

NO ONE WANTS THIS TRAIN WRECK!

Wanna see some photos from the world premiere?!

Check out photos from the World Premiere of #StarWars: #TheRiseOfSkywalker! See it in theaters this Friday. (1 of 2) pic.twitter.com/ISetmpn2AH

Decanonize the Disney trilogy and have George redo the whole thing properly.

Own your mistakes cowards pic.twitter.com/PqqnRGOj0g

You ruined the Solo family pic.twitter.com/yuKdKoXwnz

George not being here speaks volumes......... #notmystarwars you’ve made a mess of Star Wars.

If only there were over 120 novels to draw source material from
. Strong female characters like Mara Jade, Jaina Solo and Winter that you could have used. If only Ben had been Jacen Solo... But no..... Yep it's the fans fault we did this to star wars.

Man… I sure hope all of this venom doesn’t hurt Rise of Skywalker at the box office. Eh, I’m sure they’ll be fine.