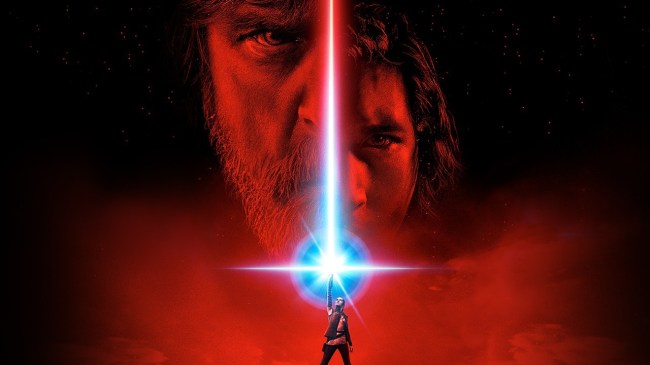 Ever since January 23rd when it was announced that the eighth chapter of the “Star Wars” franchise would be titled “The Last Jedi,” there has been rampant speculation as to the meaning of the upcoming blockbuster. Many asked if the last Jedi is Rey, while others noted that the word “Jedi” plural, meaning maybe Rey and Luke Skywalker or possibly all of the Jedi in the galaxy. According to “The Last Jedi” director Rian Johnson, the most obvious interpretation that it is only Master Luke is the correct explanation. Johnson gave an interview to the New York Times where he revealed who “The Last Jedi” is.

“It’s in the opening crawl of The Force Awakens. Luke Skywalker, right now, is the last Jedi. There’s always wiggle room in these movies—everything is from a certain point of view—but coming into our story, he is the actual last of the Jedi. And he’s removed himself and is alone on this island, for reasons unknown.”

The answer has been advertised for everyone to see since 2015. Any of the possible Jedi who Skywalker was training were killed off by Kylo Ren and the Knights of Ren. Only Luke Skywalker remains. Unless someone else is trained by Luke and becomes a Jedi by the end of Episode VIII. *cough REY cough*

In other “Star Wars” news, we get two new pics of mysterious Supreme Leader Snoke. The Force-sensitive male humanoid alien politician is played by Andy Serkis and will be featured in non-hologram form in “The Last Jedi.” Two photos of the Supreme Leader who is well-versed in the Dark side of the Force and trained Kylo Ren were revealed online.