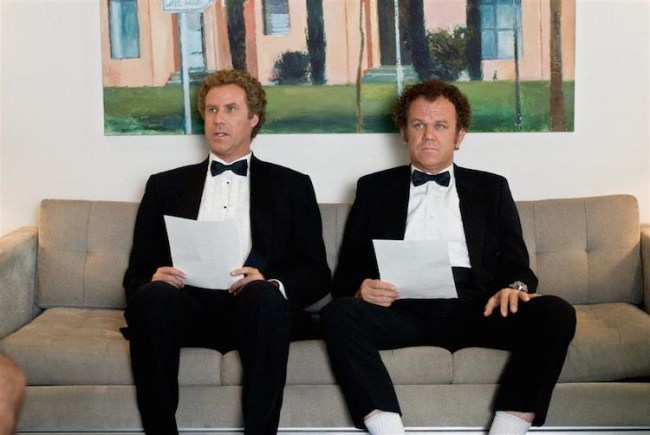 Step Brothers might be one of the most perfect comedies of the entire ‘Aughts. It’s Adam McKay’s masterpiece, packed with quotable one-liners (…dare you to take a trip to Catalina without a Catalina wine mixer reference? DID WE JUST BECOME BEST FRIENDS?!). The entire cast truly in rare form, from Will Ferrell and John C. Reilly as the ultimate buddy troupe to Richard Jenkins, Mary Steenburgen, Adam Scott, and Kathryn Hahn. Like Caddyshack, The Big Lebowski, and Airplane, it’s a movie you can howl at time and time again.

Earlier today, The Ringer released a must-read oral history about the production of Step Brothers. One of the great tidbits is how much material from the script that they cut for final production, including an incredible scene at SeaWorld. It breaks my heart that this scene never got made, just waiting for the world to see at the right moment.

Hopefully it gets the eyeballs it deserves someday. via The Ringer:

There was one run we had where Dale and Brennan’s dysfunction got to such a point. … It was in the middle of the night and somehow it’s mentioned that Dr. [Robert] Doback [Dale’s physician father, played by Richard Jenkins] keeps a pistol in his safe. Dale and Brennan are in bed, and Dale is scaring Brennan. And he was doing that thing where you get all wound up at night, listening to sounds, and Dale is scaring him. And then Dale starts to get scared, and they both get really freaked out and they convince themselves that there’s an intruder downstairs. And they shake Richard Jenkins and Mary Steenburgen awake, like, “There’s an intruder in the house, and he’s armed.” And so Dr. Doback goes for the gun in the safe and Dale and Brennan light off Roman candles in the house and Dr. Doback fires a round off in the chaos. Then the police are there and they say, “There’s no one here. There’s nothing going on.” And then Dr. Doback says, “This is so f*cked up. This is so unhealthy. You guys have to get out of here.” And then basically Dale and Brennan are like, “Can’t we just go to SeaWorld?”

That’s somehow the answer: “Can we not be so angry? Why is everyone so angry? Why can’t we just go and have a nice time at SeaWorld?” And Mary kind of acquiesces. And then it’s this giant trip to SeaWorld. It’s the greatest day ever. The parents both just buy into the dysfunction and have this amazing time at SeaWorld—except that Mary’s purse gets snatched. It’s all a montage, and then they’re driving home with giant grins on their faces. And then all of a sudden, Dr. Doback hits the brakes on the car and he’s just like, “What the f*ck are we doing?”

And I remember Ferrell and I had tears in our eyes at them freaking themselves out thinking there’s an intruder. I remember that run was, without exaggeration, like 14 pages.

I hate to suggest “sequel” since big comedy sequels never get the full love they deserve compared to the hype. But… It worked for Super Troopers.

Dare I suggest a Step Brothers sequel with some sort of adaptation of a SeaWorld scene?