Stephen A. Smith Has The Hottest Take On Almond Milk And Of Course It’s Completely Wrong 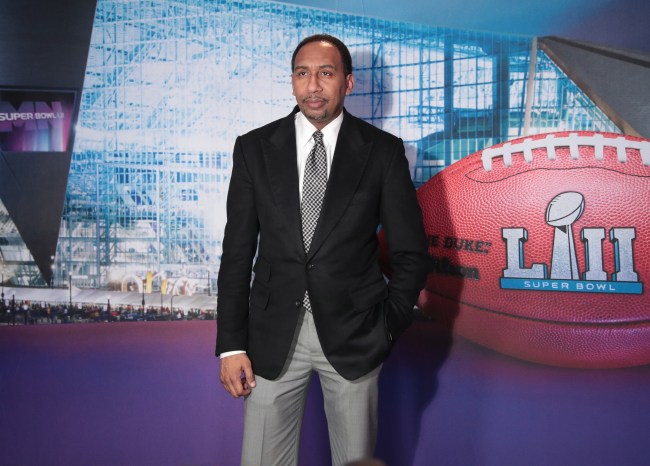 In almost every way possible, ESPN’s Stephen A. Smith embodies the modern state of Sports Journalism that is a constant war between saying something of substance and pulling in ratings. The latter pays the bills, and across the media landscape you’ve got people shouting over each other with the most absurd hot takes they can come up with in an effort to turn heads. I’m a simple man, if I see Stephen A. Smith on my television I change the channel.

His reputation as a bombastic TV personality is often overshadowed by his ridiculous hot takes, and sometimes you can see these hot takes develop in real time. He’ll be on SportsCenter or First Take, arguing with someone, and it’s almost like you can see him process what the other person is saying, twist it up in his head, and come back with the most outrageous statement possible. Or maybe I’m wrong in all of this, maybe he’s more like my mom who will read a headline on Facebook and later drops ‘well, they say…’ arguments without ever being able to provide a source or back that argument up with facts…An example of this can be found in a recent New Yorker profile on Stephen A. Smith titled ‘Stephen A. Smith Won’t Stop Talking.’

Already that morning, as we walked from a “First Take” production meeting to the ESPN cafeteria, and then to his office, he’d offered his thoughts on the perils of the sedentary life (“Blood clots and all of that stuff. That’s how that develops—always sitting, never stand, never walk, never run”); the hierarchy among big-screen leading men (“I happen to love Will Smith. I happen to love Ed Norton. I happen to love my brother Jamie Foxx, who I think is the most talented and versatile talent in all of Hollywood. I love these guys, but there’s only one Denzel”); and the relative benefits of various milks (“I used to think the almond milk was best, but then somebody told me—a trainer told me—there’s too much estrogen up in there. In the almond milk. That’s right.” It’s not right. “You don’t wanna walk around with man-boobs if you don’t have to. I got away from that”). (via)

Stephen A. Smith is wrong, of course. I don’t give a fuck about Almond Milk. It’s not like I’m here to defend it out of some love for milk. But it’s Soy Milk, not Almond Milk, that can cause this. And that doesn’t matter to Stephen A. Smith, does it? He’s a man who hears something, latches onto it, and makes it his own. Nevermind if the quote is for a profile in the New Yorker that’s 100% going to fact check everything he says, that doesn’t matter to Stephen A. Smith because people are going to read his profile and that’s what counts.

If it sounds like I can’t stand Stephen A. Smith it’s because that’s 100% correct, and I’m not alone. You can Google ‘Stephen A. Smith worst takes’ and there are countless articles and YouTube videos listing the dumbest shit he’s ever said. We all say stupid shit at some point or another but this man has literally made an entire career of it.

For the complete profile in the New Yorker, you can click here. (h/t Hot Clicks)