Millennials Are Melting Down Over Video Of Steve From ‘Blue’s Clues’ Explaining Why He Left, Giving Moral Support 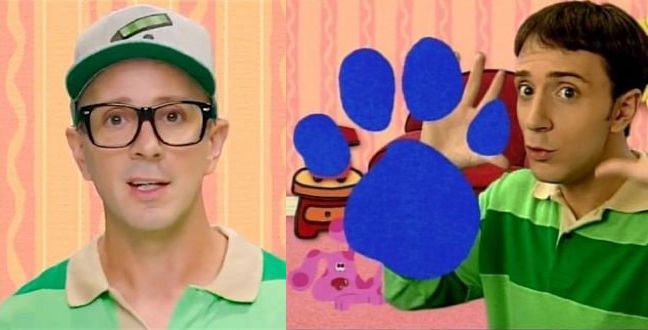 In general, I’m of the opinion that we’re living in Hell. A simulation, at the very least. I know all generations tend to think things were better “back in the day”, but I do genuinely believe that the state of our world has gotten worse since I arrived on this Earth and, frankly, I don’t see any end to our tailspin in sight. Listen to me, I sound like Blogging Rust Cohle. But that’s another discussion for another day.

Today, we’re talking about Blue’s Clues, which is either confirmation that our reality is an A.I.-controlled hellscape or that things, perhaps, aren’t as bad as they seem, depending on your perspective. I’m too jaded to feel either at this point — I’ve sort of accepted that I’m just along for the ride, whatever the hell ride this may be, so I’m just going to surrender myself to it and go with the flow. I’ll freedom fight in the next life. Is all of this too heavy for an article about Steve from Blue’s Clues? In a vacuum, absolutely, but with context, you’ll see the connection shortly.

To celebrate the 25th anniversary of Blue’s Clues, Nickelodeon dropped a video out of the *blue* featuring Steve, the late 90s, O.G. host of the show who somewhat vanished into thin air one day, which in turn spawned what may have been the first conspiracy I ever remember encountering in my life, as some speculated he got hooked on drugs.

Needless to say, millennials — following 20-years of the aforementioned weight of reality (simulation, hell, or otherwise) crashing down on them — absolutely lost it at the idea of Steve appearing out of thin air to put a hand on their shoulder and tell ’em everything’s gonna be alright. At the time of this writing, his tweet has over 528K retweets and 1.1M likes.

Not Steve being proud of me 😭😭 pic.twitter.com/dEAVmzmZ7N

So incredibly touching, what a sweet message. It got me a little teary for a minute. Kudos @nickjr for such an uplifting post. I definitely passed the message onto my kids who faithfully watched when they were little. https://t.co/oyJid5xiIR

Not gonna lie, i cried a bucket. Damn i needed to hear those words. Especially from Steve. So thank you 🥺💙 https://t.co/8hnMcRMVzq

I’m crying this is so sweet….PLEASE NICK JR WHAT DID I DO TO DESERVE THIS https://t.co/0NKovexBsQ pic.twitter.com/sQruF6pgmH

ok suffer with me pic.twitter.com/65HDTkIQZC

Steve's mannerisms and delivery hit all the right nostalgia tones. It's like seeing an old friend and they're a bit different but still the same person you remember. https://t.co/4UtBBZv61m

Glass half full, folks. Or empty. Or full. I’ve already finished mine and poured another. Here’s to you, Steve.