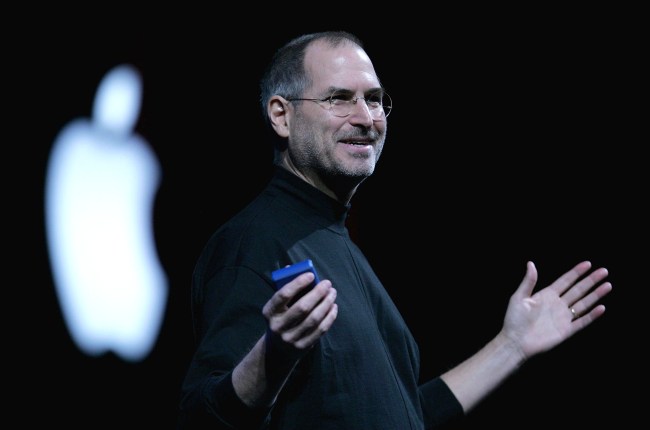 “Your time is limited. So don’t waste it living someone else’s life.” -Steve Jobs being hypocritical

Apple co-founder Steve Jobs died in 2011 at age 56, eight years after being diagnosed with pancreatic cancer.

OR SO SAYS THE COMPANY LINE.

A photo of a man having a coffee in Egypt may make you think twice about what you believe to be true.

I’m no conspiracy theorist, but if I saw this dude on the street I wouldn’t hesitate to probe him about my iPhone’s battery mysteriously shitting the bed the moment I’ve paid the phone off.

Do you notice how the man is not wearing shoes? No coincidence.

His biological father, Abdulfattah “John”, grew up in Homs, Syria, and was born into an Arab Muslim household. Islam in Egypt is the dominant religion with around an estimated 90% of the population. Maybe he wanted to honor his father without being just like him. A reasonable desire.

Shallow thinkers may point to the fact that since the man is wearing a regular watch instead of an Apple Watch, it’s a dead giveaway that the man is an imposter. But keep in mind that Apple Watches have location tracking technology. Jobs would have to be a first-class imbecile to make a rookie mistake like that.

Ok, even if you’re not on board with this being the real Steve Jobs, Redditor oneunique has a brilliant marketing idea:

Apple should hire this guy, bring him to USA and start a campaing that the Jobs is back from the dead. iMalive. And he could fix the keyboards in Macbooks.

P.S. Thanks Heavy.com for the clarification. Solid, important journalism that comes as a surprise to many.