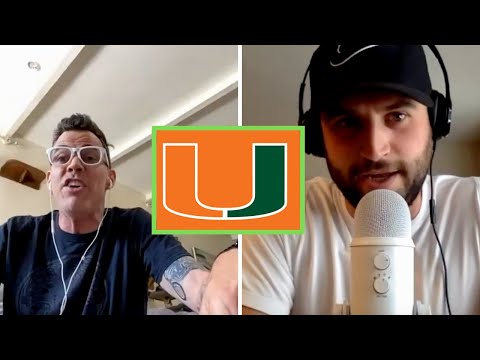 Many know Steve-O from his high octane, life-threatening stunts and his balls to the wall mentality, which is all true. But not many know that the ‘Jackass’ star himself once attended the prestigious University Of Miami before extracurriculars (aka drugs) introduced themselves during his first semester. It was a wild, short stint at the university that Steve-O remembers quite well before deciding to attend clown school to become a professional clown.

“I couldn’t go to class, and I just failed out so badly. I dropped out and was kicked out of the dorms. And I decided I was going to make videos and become a crazy famous stunt man. I was not going to try skateboarding because it was too competitive and I am not that good at it, but I will throw my body in harms way and do it like nobody ever has. Everybody I told that plan to just felt so sorry for me,” Steve-O explained.

As we all know, Steve-O got the last laugh as his career ended up skyrocketing as a stunt man just years later. I can honestly say as crazy as he for his willingness to do some of the stunts we have all seen him do, he’s one of the most genuine guys I have ever interviewed. There’s a high powered, positive energy to the guy that I think makes him so likable. It was a tremendous interview that I truly will never forget.

The fun doesn’t stop here though, his new, wildly explicit and original comedy special ‘GNARLY’ is available to purchase and stream at his website steveo.com now. Be sure to head over there and show your support to the man that has laid it all out on the line time and time again for our daily entertainment.