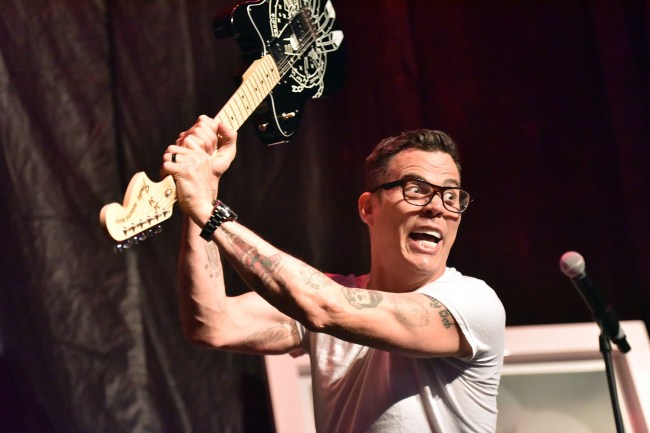 If you told me in the year 2000 that Steve-O from Jackass would be entirely sober, compete in triathlons, meditate daily, go vegan, and take up stand-up full-time, I would have asked you for your drug guy’s number. Or Steve-O’s drug guy.

But, it’s true. The man who got voluntarily electrocuted with 50,000 volts, butt chugged through a beer funnel, and stuck a fish hook through his cheek, has transformed into a goddamn role model. A far cry from snorting blood-soaked cocaine to get a fix.

What’s most surprising to me is that Steve-O has gone vegan for over a decade. Vegan is the extreme one–a plant-based diet that avoids ALL animal foods such as meat, fish, dairy, eggs and honey.

He revealed to PETA why he made the change:

“I got into being vegan because I was simply looking to benefit from being more compassionate. I have since come to learn that it is an animal-based diet that is responsible for the overwhelming majority of cases of cancer, heart disease, diabetes, obesity, multiple sclerosis, and all kinds of other problems.”

In December 2018, Steve-O admitted that he was “pescatarian these days,” effectively admitting to quitting veganism, even just slightly.

This did not go over well with vegans, who have barraged his social media with shame. The militarization of vegans became so abundant, Steve-O took to his social media accounts to make a statement.

Fuck, vegans can be annoying. To all the combative, annoying vegans who are choosing to attack me for not forcing veganism on my cats, and for not being a strict, militant vegan myself— please stop working so hard to pit people who are on your team against you. pic.twitter.com/6UBjfYBG1s

Mind you, this is a person who went through great lengths to rescue a street dog from Peru. A dude his bare hands to detain African poachers. Who wants to start an animal sanctuary. And who has worked with less-than-hip brands like PETA and other tight-assed advocate companies. 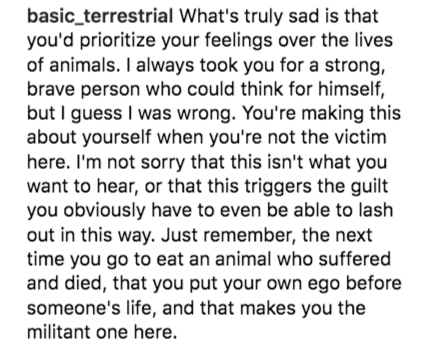 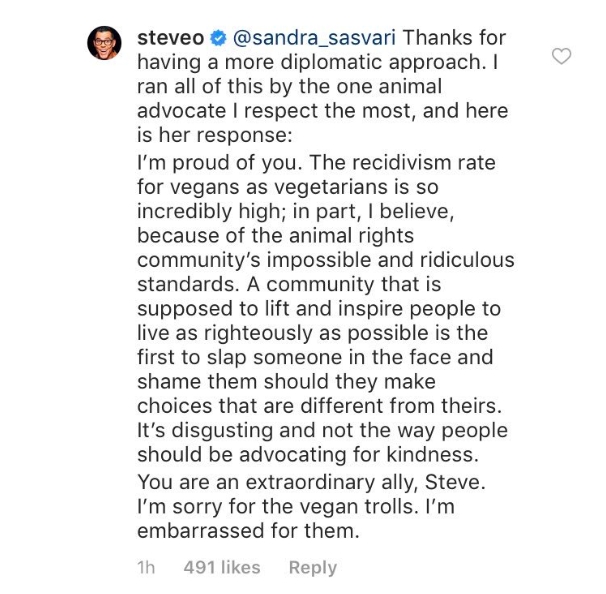 2019: The man who had a dumped a shit-filled porta potty on his head is being raked over the coals for having a piece of shrimp. What a world.