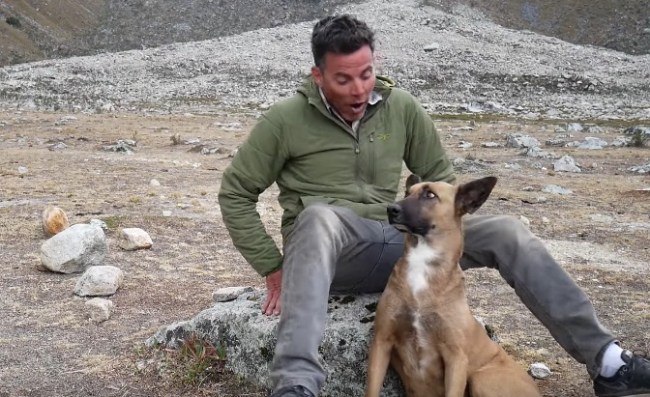 We’re kicking off this chilly morning with a story that’s about to warm your cold soul. Steve-O, the man who once got kicked out of the University of Miami for throwing a raging party and later became famous on MTV’s Jackass and Wildboyz, has a new show on YouTube Red.

To drum up some coverage for that show, Steve-O released this behind-the-scenes footage of his trip to Peru. On that trip, Steve-O went out in search of a street dog to adopt. Peru is home to a literal metric shit ton of street dogs. They’re everywhere. But just because they’re street dogs it doesn’t mean they’re not willing to love you just as much as any other dog. Steve-O met Wendy, a happy dog who came wagging up to him on the street and who later brought a whole gang of happy dogs back to see Steve-O. That’s when Steve-O knew he’d found the dog. If this story doesn’t warm your soul then I don’t know what will:

Steve-O has built a bit of a reputation as an animal rights activist. He got himself arrested a while back for climbing a crane in L.A. in protest of Sea World. So I don’t doubt for a second that everything Steve-O did in Peru was secondary to his mission to find and adopt the perfect street dog, and that’s pretty fucking awesome.