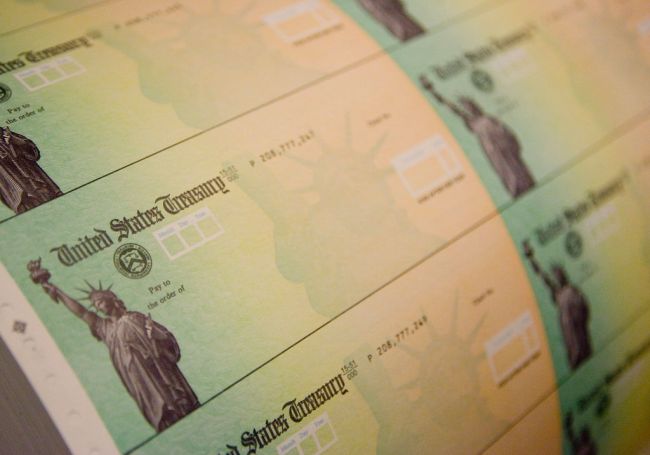 Congress passed a $2.3 trillion spending package on Tuesday, which included a $900 billion COVID-19 relief bill that presented $600 stimulus checks to Americans. The problem with the stimulus checks is that it maxes out at $600, which is half as much as the previous coronavirus stimulus check from the $2.2 trillion Coronavirus Aid, Relief, and Economic Security (CARES) Act that was passed in March. The other problem with the $600 checks is that Congress allotted billions of taxpayer money to pet projects, special interests, and foreign governments this week, including $10 million for “gender programs” in Pakistan and the creation of a commission to warn “consumers about the dangers associated with using or storing portable fuel containers for flammable liquids near an open flame.”

The stimulus package, which has more pork than a slaughterhouse in Iowa, was presented in a 5,593-page document on Monday and gave Congressmembers only hours to read the entire document and vote by the midnight government funding deadline.

The package was lampooned by President Donald Trump, who rejected the package and instructed Congress to pay $2,000 for each American, and to increase the amount of financial aid to small businesses, especially restaurants. President Trump wasn’t the only one to ridicule the measly $600 stimulus check, the internet reacted with fire memes.

Y’all probably didn’t know this, but this tiny lil pocket on your jeans is for your second stimulus. pic.twitter.com/IpwKfFRaSj

Congrats on your $600 stimulus check! You can pick something from the bottom case! #StimulusCheck #CongressIsBroken pic.twitter.com/9dt88F5l7Q

[This week on House Hunters]

this is the second stimulus check pic.twitter.com/Bm9Aw4HYMr

There were even movie-themed memes, including the timely Christmas Vacation, making a reference to the United States sending $700 million to Sudan.

Finishing #2020 out in style #StimulusCheck pic.twitter.com/I1F6JjEAQe

The next stimulus check pic.twitter.com/z893ISH1Ss

is there any movie that better articulates the $600 stimulus check than the Christmas bonus scene in Trading Places.
The smug self-satisfied Congress so out of touch they actually think they're making a real difference in the lives of Americans AND expecting a thank you in return pic.twitter.com/Ku0dN6yXik

There were many food-related memes.

BREAKING: Congress has announced that the next round of stimulus will be a pizza party

There were numerous memes pointing out how Americans were being treated like children.

BREAKING: Congress has just announced that instead of another round of stimulus checks, we will be watching a movie. pic.twitter.com/YBz7HMEsFN

BREAKING: Congress has just announced that instead of a stimulus check, every citizen gets an extra hour in the ball pit. pic.twitter.com/eAhZaHjkg5

just got my stimulus in the mail pic.twitter.com/SE8cMmav9A

Some people tore apart the authors of the bill Senate Majority Leader Mitch McConnell (R-KY) and House Speaker Nancy Pelosi (D-CA), including Representative Thomas Massie of Kentucky, who voted against the exorbitant package.

the quantity of Pelosi’s favorite ice cream you can buy with a $600 stimulus check.*

*taxes and delivery not included. ($12/pint price may vary based on location) pic.twitter.com/cQakobJP5O

Some noted that $600 after months of government-imposed lockdowns was way too little and way too late, and was like politicians spitting in their face.

A $600 stimulus after nearly 9 months pic.twitter.com/ctbzif2a0J

Don’t be this person.

People theorized how the government will screw over Americans in the bill. Please don’t give them any ideas, they’ll actually do it.

For the next stimulus check, you need to sell a certain amount of these chocolates to get it pic.twitter.com/DlMqiKqBzM

RELATED: Kim Kardashian Giving $500 To 1,000 In Need As People Fume Over $600 Stimulus Checks From Government