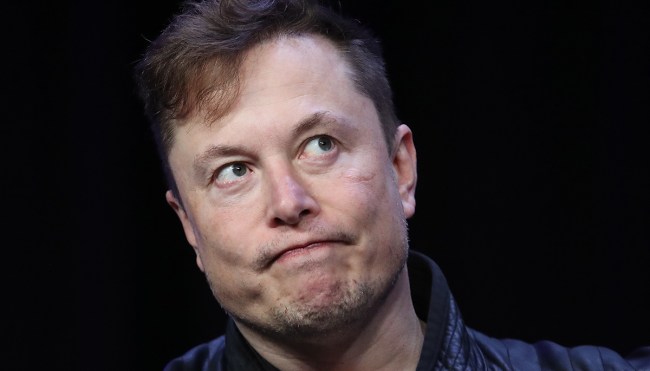 Tattoos can be a very polarizing subject, as some people cringe at the mere thought of getting something permanently embedded into their skin for the rest of their life while others can’t imagine being passionate enough about anything to do exactly that.

There are also plenty of ink enthusiasts who view their body as a canvas and tattoos as a means to express themselves—including more than a few who are more than happy to get one just to get one and others who won’t think twice about doing it for the sake of a joke.

Now, I can’t tell you anything about the person who recently decided to link up with a tattoo artist named Mashkow for a particularly interesting piece that was initially brought to my attention by New York Times tech reporter Mike Isaac.

When you consider the art in question is a massive tattoo of a stoned Elon Musk with a face covered in graffiti referencing endeavors including Tesla, SpaceX, and Neuralink (which appears to be spelled incorrectly) as well as his love of the number 420, I would assume that the person who got it on their leg is a fan of the tech mogul.

While I might not be able to tell you that for certain, what I can tell you is it’s easily one of the most absurd tattoos I’ve ever laid eyes on.

Based on the reactions, it’s safe to say plenty of people who saw it seem to share that sentiment.

Imagine spending $800 on this

Ironically, it will be much easier for Musk to back out of his deal for Twitter.

me entering the tattoo parlor at 1 am:

“give me musk, but as a juggalo”