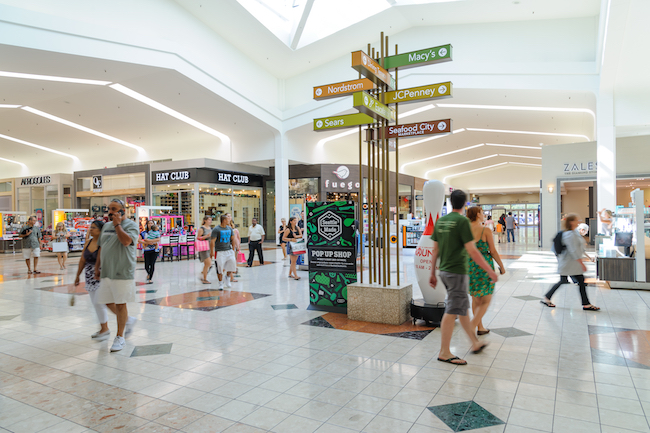 People just don’t shop for clothes in malls much anymore. The reasons are many — price, options, availability — but why go through racks of clothes when everything you need to complete a wardrobe is right on your phone?

Retail clothing stores are slowly dying and fading away. Forbes cobbled together a short list of fashion retailers on life support and it’s basically every retailer you’ve run into to get clothes since high school. Here are some notable brands that could kick the bucket this year.

Abercrombie & Fitch – “For a brand aimed squarely at the fashion tastes of millennials, the biggest consumer generation ever, Abercrombie & Fitch almost has to work to fail. With the parent company propped up by sales of its lower-priced Hollister brand, Abercrombie & Fitch stores account for about 40% of total sales through 3Q2017 and lost 6% in revenue in the same period. The number of Abercrombie stores has dropped by 20% since 2013, now with some 300 in the states.”

Eddie Bauer – “Back in 2014 Eddie Bauer tried unsuccessfully to find a buyer, and now it is trying again, but has yet to find a taker for its brand of outdoor performance wear. With some 370 stores, it is flagging against competition from less debt-ridden competitors, including North Face, Patagonia, REI and L.L. Bean.”

Gap – “Gap keeps trying to win over customers and bring them back to the brand, but it seems like it has lost much of the fight. In September 2017, it announced that it will close some 200 underperforming Gap and Banana Republic stores and focus on its “growth brands:” Old Navy and Athleta.”

Other stores possibly kicking the bucket and vanishing from malls include Guess?, True Religion, The Loft, BCBG and J. Crew. Basically every store we all stopped shopping in after graduating college.

Again, this is all speculation, and while no one really wants to see companies go out of business — unless you’re a competitor — it will be odd walking through a mall and not seeing the familiar brand names from youth. Then again, most malls will probably disappear soon too. But where will all the assholes teens hang out then?!?!