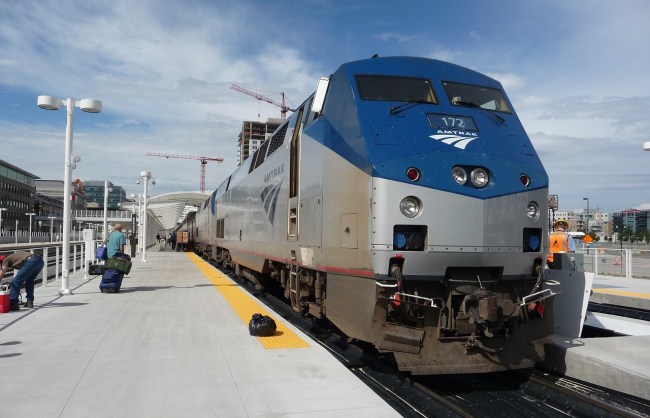 As a result, I’m a big fan of trains—not like “go to a train station and scream in excitement because I saw a rare EMD F69PHAC speed by” kind of “big” but a fan nevertheless (and yes, I did visit a trainspotting forum to make sure that joke was based in reality. Those people really, really fucking love trains).

In my experience, there aren’t many traveling options that are more enjoyable than a ride on Amtrak. There’s nothing better than smuggling a four-pack of 90 Minute in my backpack, using my height to justify grabbing a seat with extra legroom, and cruising in comfort to my destination.

I’ve never had a bad experience on Amtrak but the same can’t be said for the 183 people who were stranded in Oregon after having their journey halted on Sunday before entering a portal to hell.

Please, if anyone is out there, share. I am one of the183 stranded…35 hours and counting… No rescue in sight. https://t.co/yKLRADLWCO

The train departed Seattle this weekend and was headed to Los Angeles before it encountered a tree that had fallen on the tracks near the town of Oakridge as the result of inclement weather.

Thanks to the severe conditions, rescuers were unable to reach the train for more than 36 hours as passengers were forced to deal with some less-than-optimal conditions on board.

They were given food and drinks for free before supplies ran out on Tuesday morning and were reportedly not allowed to open windows or go outside for fresh air (with the exception of a couple of dog owners who waded through the deep snow to help their pets do their business).

KHQPETERMAXWELL: Crazy images coming out of Oakridge, Oregon. After Amtrak train 11 became disabled nearly 24hrs ago after hitting some low hanging branches. According to a passenger I spoke with The low branches “disabled the train.” Here from her tonig… pic.twitter.com/2dqLGfAMYT

Parents were also reportedly forced to fashion diapers out of clothing and paper towels once their supply ran dry. Fun!

The train finally started moving again on Tuesday afternoon but not before the passengers got a little taste of what hell must be like. With that said, I’ll take that over being stuck in a middle seat in economy for a cross-country flight any day of the week.