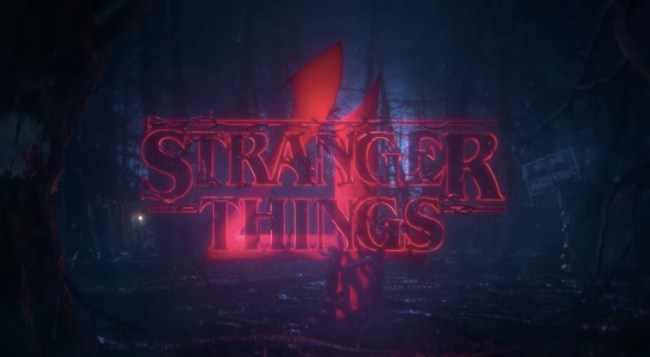 As if to purposefully and single-handedly kick-off Spooky SZN, Netflix officially announced Stranger Things 4 with a brief teaser that says more about the upcoming season than meets the eye.

Despite being brief, the announcement teaser does contain clues about what to expect in the next entry in the series.

The caption with the video says “we’re not in Hawkins anymore,” which hints at multiple aspects of the upcoming fourth season.

One obvious point is that the Byers family, along with Eleven, has moved out of Hawkins. But the other plot point this could be teasing is the fact that many fans suspect this season will involve some sort of Upside Down adventure to Russia to save the still-alive Cheif Jim Hopper from the captivity of the Russians.

The brief teaser video also hints that the Upside Down will be forcing its way into the Rightside Up more than ever this season as the iconic evil roots from below menacingly grow and eventually overtake the neon Stranger Things 4 logo.

“The Duffer Brothers have captivated viewers around the world with Stranger Things and we’re thrilled to expand our relationship with them to bring their vivid imaginations to other film and series projects our members will love. We can’t wait to see what The Duffer Brothers have in store when they step outside the world of The Upside Down,” Netflix Chief Content Officer Ted Sarandos said in the official announcement statement.

In addition to the trailer, the official Stranger Things Twitter account updated their profile photo to a picture of an ominous, Upside Down-y looking clock.

Given that Stranger Things is likely to run for five seasons, it’s easy to imagine that (stranger) things get a whole lot worse before they get better for Eleven, Chief Hopper, the Byers, and the rest of the Hawkins clan.