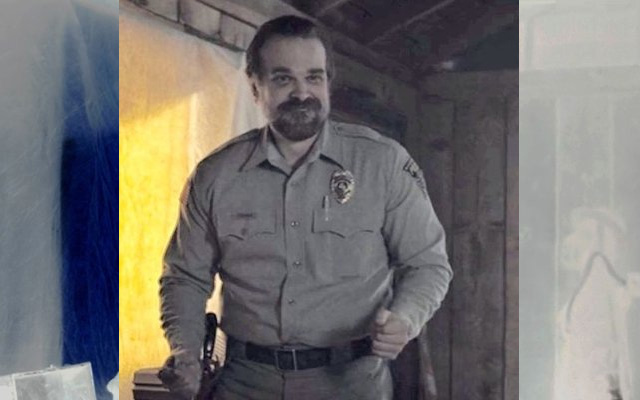 Did you binge-watch Season 2 of Stranger Things in three days and now you’re feenin’ for some new 80s supernatural goodness? Bad news muchacho, you’re going to have to wait a long time to get your fix of more Stranger Things. You’ll probably need to wait until 2019.

Stranger Things star David Harbour told Variety that Season 3 probably won’t be ready until 2019. Netflix has already greenlit a third season, but the writers, brothers Ross and Matt Duffer, need time to devise the next chapter of how the Upside Down will mess with the small town of Hawkins. “Like any good thing, [Ross and Matt] need time,” Harbour said. “And those guys work so hard. I mean, they just sit in their apartment and write for 12, 14 hours a day.”

Harbour said that Stranger Things probably won’t begin filming until April, meaning that the Netflix TV show might not premiere on the streaming service until 2019. “I mean, one of the things that’s annoying for fans is that it takes us a long time to do them,” chief Hopper said. “Like, you probably won’t get [Season 3] until sometime in 2019. But also part of the thing is, like any good thing, they need time. And those guys work so hard. I mean, they just sit in their apartment and write for 12, 14 hours a day.”

Demogorgons and alternate dimensions take time to create and put in a show. This follows the issues that Game of Thrones has had to deal with — a massive following with even greater expectations and thus pushing production and costs soaring. Game of Thrones probably also won’t debut until 2019. There’s a good chance that you might not get any new Stranger Things until February of 2019. By then some of the kid actors will be nearly adults with facial hair, but these are just some of the pitfalls of having child characters.