THAT Episode Of ‘Black Mirror’ Has Been Given The Meme Treatment 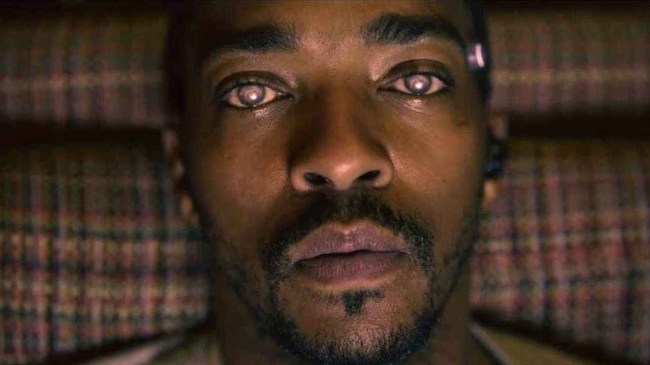 Featuring just three episodes, the fifth season of Black Mirror has ultimately been the worst reviewed season of the series, as it currently sits at just 63% on Rotten Tomatoes (comparatively, none of the previous four seasons went below an 84%).

But while the quality of episodes may not have lived up to fans lofty expectations, the reactions to them certainly did, as the internet once again proved why it has remained undefeated all these years.

The episode — less focused on “horror” and more focused on the nature of “love” — follows in the footsteps of previous emotional episodes such as Season 2’s “Be Right Back” and the Season 4 classic “San Junipero” as it delves into the ways technology can impact our interpersonal relationship.

It is no coincidence that these three episodes share such similarities, as they were all directed by the same person, Owen Harris. But while “Be Right Back” and “San Junipero” were home runs with both fans and critics alike, the same can not be said for “Striking Vipers”, as it currently sits at 77% on Rotten Tomatoes (which is the highest rated episode of the season, to be fair.)

Luckily, while Black Mirror may not have been at the peak of their powers for this most recent season, the fans certainly have been, as the memes about “Striking Vipers” have been nothing short of ingeniously hilarious.

Me and my boys going on Xbox after watching the Striking Vipers Black Mirror episode. #BlackMirror pic.twitter.com/MicmDIe10H

me getting ready to buy Striking Vipers X when it comes out #BlackMirror pic.twitter.com/pubGCtIu1d

Me at the end of #StrikingVipers when Theo went out to the bar #BlackMirror pic.twitter.com/I4RuKSjwIQ

danny: “So you know how karl and I play striking vipers right”#blackmirror