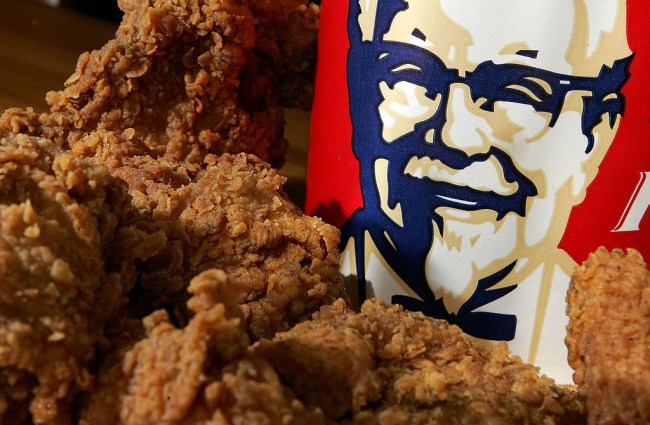 It’s been a long-accepted fact that one of the best ways to sneak into somewhere you’re not supposed to be is to throw on a suit and act like you belong there, a thesis I put to the test a few years back when I successfully infiltrated the NBA Draft.

I managed to roam the floor of the Barclay Center for over an hour with a camera strapped to my head before another large man in a suit asked me what the hell I was doing there, upon which I proceeded to sprint out of the arena and never look back.

As a result, I respect the hell out of anyone who’s able to pull off a similar stunt—like the dude who shamelessly ripped me off at this year’s NFL Draft.

In both of those cases, the grifts in question were pretty harmless (although I probably committed some light criminal trespassing while pulling mine off). However, every once in a while, someone abuses the suit for their own personal gain, including a South African student who’s found himself in hot water for gaming KFC restaurants across the country.

According to Metro, an unidentified 27-year-old was arrested for allegedly visiting hundreds of KFC restaurants around the country posing as a quality control inspector dispatched by the corporation. After arriving in the store, he’d pretend to take notes in the kitchen before sampling the wares and riding off into the distance in search of another unsuspecting franchise.

South African man arrested for eating at KFC free for a year by saying head office sent him to taste if they are up to standard. pic.twitter.com/1V4eD7IR2i

I’ve worked online for far too long, and in the process, I’ve learned to take stories that cite unnamed “local reports” like this one with a grain of salt, so while I can’t guarantee its veracity, I—like Special Agent Fox Mulder—want to believe.