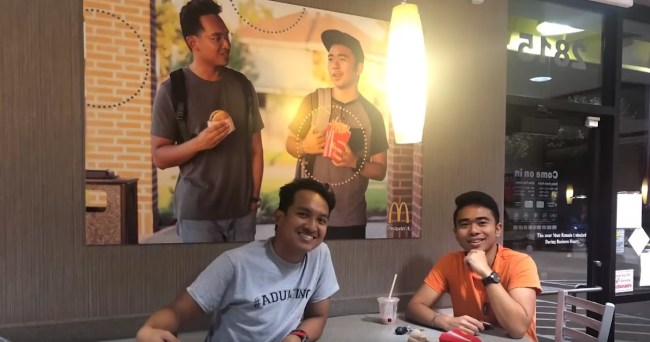 What would you do to be a model? Hit the gym for three hours a day, six times a week? Get Botox? Post your best Blue Steel pose pics every day on Instagram until someone notices you? Turns out it might be easier than all of those to become a top model that is recognized throughout the country. College students were able to become notorious models not with their bodies, but rather a clever plan devised by their brains that has gone completely viral.

Jehv Maravilla, 21, and Christian Toledo, 25, were in their local McDonald’s in Pearland, Texas, about 30 minutes south of Houston. They noticed that there were a lot of posters in the restaurant but there weren’t any Asian-Americans represented. They decided to change that, by making turning themselves into poster models.

So Maravilla and Toledo, who are both Filipino-Americans, designed and printed their own poster that looked like the other placards hung up in the establishment, where it has been up for 54 days. The photo featured the two college students enjoying a McDonald’s burger and fries. 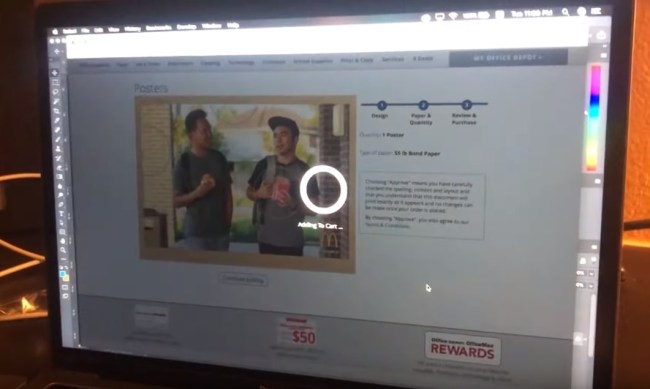 Maravilla purchased a McDonald’s uniform at a goodwill store and quickly gave himself a promotion to “Regional Interior Coordinator.” They printed out a fake badge to fool any management that questioned them on their poster-hanging mission and even got a walkie-talkie for a very authentic appearance. 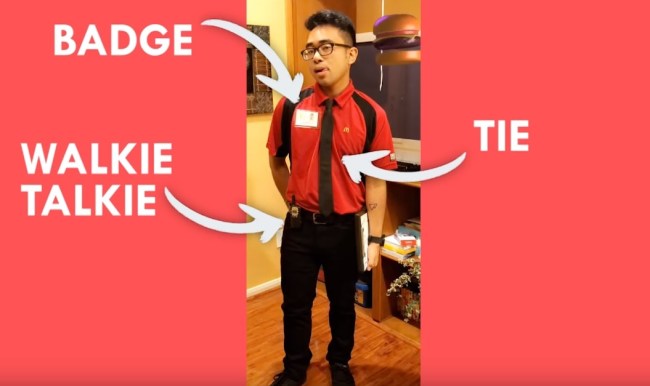 Maravilla and Toledo, along with some friends, hung the poster on a vacant wall at McDonald’s on July 13. As of Wednesday morning, the poster was still up at the restaurant.

Jehv posted photos of the impressive prank on Twitter and it quickly went viral. The tweet has over 238,000 Retweets and nearly 1 million Likes in only a few days.

i noticed there was a blank wall at mcdonald’s so i decided to make this fake poster of me and my friend. It’s now been 51 days since i hung it up. pic.twitter.com/5OTf5aR4vm

Comedian Tom Segura was thoroughly impressed with the poster.

I can't remember seeing something that made me this happy in a long time.

Jehv also posted a YouTube video on exactly how they pulled off the elaborate ruse and the meaning behind it. The video already has over 640,000 views.

“If you haven’t noticed, there isn’t a lot of Asians represented in media,” Maravilla says in the video. “And hopefully one day I could see someone like me on the big screen. So one day, my bud Christian and I were eating at McDonald’s, munching on some snack wraps. I look up and I see a blank wall and I tell Christian, ‘Hey, what if we put a picture of us on there? Look around, there are literally no Asians in any of these walls. Maybe we can change that.'”

“What motivated me was Crazy Rich Asians, the movie that came out, that boosted my confidence into thinking maybe one day I could be just like that, and if I take a step and do something small like this, it could make a difference,” Maravilla told KPRC Click2Houston.

Many have suggested that not only should the poster stay up, but McDonald’s should buy the rights of the poster from the guys, make copies of the now iconic photo, and hang them in other McDonald’s locations for more diversity.

If McDonald's was smart, they would buy the rights to that poster and put it in every McDonald's.

It would be great multi-ethnic PR.
Plus it would have a "hipness " factor from being a viral sensation.

What an awesome prank and such a perfect photo. Now if only Jehv and Christian could dress up as repairmen for McDonald’s and fix the company’s ice cream machines.