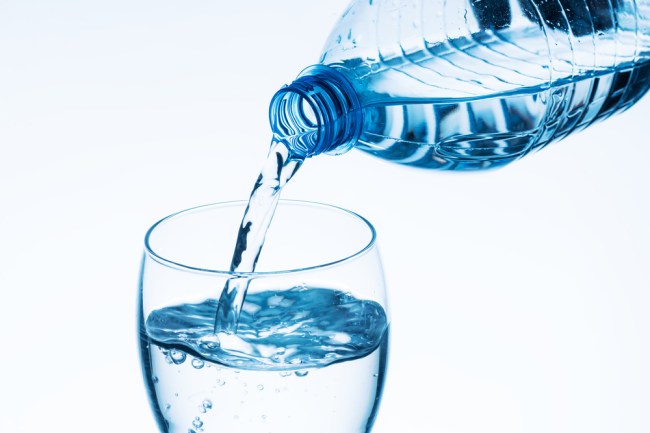 A new study found that bottled water has tiny particles of plastic in it. Plastic that you are drinking, which could be hazardous to your health. A non-profit journalism organization called Orb Media revealed that a “person who drinks a liter of bottled water a day might be consuming tens of thousands of microplastic particles each year.” Mmmm plastic.

The study, the largest of its kind, was conducted at the State University of New York where they examined more than 250 bottles from 11 different brands that are sold in nine different countries. The study discovered tiny bits of plastic, known as microplastics, in bottles of water. The research stated that 93% of the bottled water had microplastics inside, including some of the biggest water brands in the world such as Aqua, Aquafina, Dasani, Evian, and Nestle Pure, San Pellegrino. The study found that 65% of the plastic particles were “fragments” of plastic, including from bottle caps.

Coca-Cola, who produces Dasani water, released a statement: “We have some of the most stringent quality standards in the industry, and the water we use in our drinks is subject to multi-step filtration processes prior to production. As Orb Media’s own reporting has shown, microscopic plastic fibers appear to be ubiquitous, and therefore may be found at minute levels even in highly treated products. We stand by the safety of our products, and welcome continued study of plastics in our environment.” Other manufacturers declined to participate in the study.

So will these microparticles kill you? Nobody knows. There are some who believe that plastic particles ingest might be absorbed into our organs, such as the liver and kidneys. Any toxins in the body are generally hazardous to your health. The World Health Organization is now launching its own study into the potential risks of microplastic contamination in water bottles.

If you thought you could escape the plastic particles by drinking from a glass bottle, we’ve got some bad news. “The study mostly focused on plastic bottles, but one batch of glass ones were checked for comparison. It turns out that the glass ones have microplastics too,” Andrew Mayes, the University of East Anglia biochemistry lecturer who developed the particle-spotting technique used in this research, told Fortune. Guess we have no choice but to drink beer from cans from now on. You know, just to be safe.