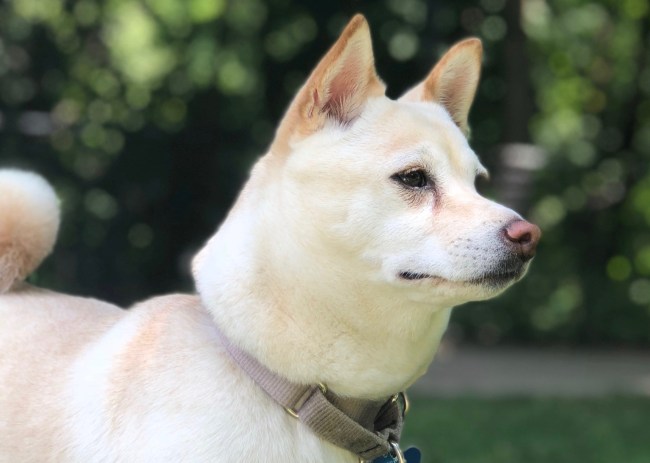 Based on my experience playing the new Red Dead game (which is where I get most of my knowledge about the fauna of the world), wolves are not exactly the friendliest creatures on the planet.

However, back when humans were still hunting down wooly mammoths, someone took a look at the species and thought, “Hey, what if we tried to make friends with those blood-thirsty wild animals?”

It undoubtedly took some trial and error (and more than a few maulings) but we were somehow able to convince them to coexist and eventually figured out a way to make them do our bidding.

Dogs have been tagging along with mankind for millennia and there’s no one animal humans have bonded with more. Cat people might disagree with that statement but I don’t hold the opinions of cat people in very high regard.

I’ve recently been making my way through the Netflix series named after the world’s most loyal animal, a friend who would never fake being sick to get out of going to your birthday party.

If I’ve learned anything from what I’ve watched so far, it’s that dogs are truly special animals— but one new study would appear to disagree.

According to The Scientific American, a paper that was recently published in Learning and Behavior claims dogs aren’t really that special when compared to other domesticated animals and carnivores.

The study was conducted by a couple of buzzkills who set out to see if dogs are really as exceptional as we think they are and argues they’re not actually as unique as people make them out to be:

Dogs seem no better at learning associations—such as between a behavior and a reward—than other species. Similarly, dogs can spatially navigate within small spaces, but other species can, too. And while dogs have an excellent sense of smell, the “pig’s olfactory abilities are outstanding and might even be better than the dog’s.

At a glance, it appears the crux of their argument is essentially “Well, other animals can do what dogs do so they’re not really as great as we think.” Sure, it’s cool that dolphins can also respond to hand signals but give me a call when they can get me a beer out of the fridge.

I’m not going to claim I know more than researchers who’ve devoted years of their lives and a sizeable chunk of money to become experts in their field, but they have their opinion and I have mine (and my opinion is they’re wrong).

I’m not the only one who felt this way.

The word "may" is used to express possibility.

no one asked you, science https://t.co/giISqf9eL1

And yet, no other animal has persuaded me to share half of every meal and pay $80 a month for its allergy meds. https://t.co/ql5e09yDu6

It’s not clear who funded the study but I wouldn’t be shocked if it was a bunch of cats stuffed inside a trenchcoat who handed over a briefcase full of money in a dimly-lit parking garage.