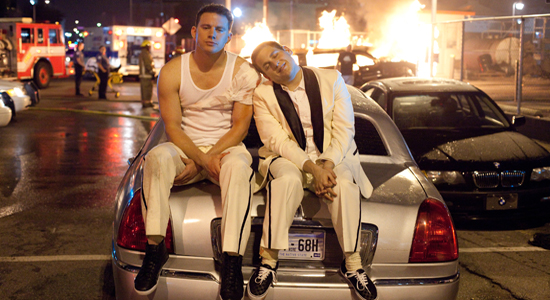 A new study of college-aged guys states guys would much rather have a bromance than a romance. The small study, which was featured in Men and Masculinities, found that straight undergrad men were more satisfied with close relationships with other men than with a romantic liaison with a girl. The study interviewed 30 heterosexual undergraduate men in the U.K. who all had a sports-related major and had them compare their experiences of bromances to that of their romantic relationships. All of the interviewees had been in a relationship before or were currently in one.

“The guys we interviewed said that their bromantic friendships were less regulated and less pressured,” said Adam White, Ph.D., the study’s author. “So while in a romantic relationship, these men felt they have to maintain a better version of themselves; in their bromances, they can remove the mask and expose more of their anxieties or vulnerabilities without fear of judgement and repercussions, like the withholding of sex or drawn-out arguments.”

All of the men in the study said that they had at least one “bromantic” friend who they engaged in “no-boundaries” behaviors such as sharing secrets, expressing love or sleeping in the same bed—at some time or another. The study found that 29 out of 30 guys said they had cuddled with their bromantic partner.

One of the main reasons why the guys preferred the company of their best bro over a girl is because they felt less judged by their close male friends compared to their girlfriends. Some sage advice for the ladies out there. One interviewee said, “Lovers are temporary, a bromance can last a lifetime.”