People Are Growing Horns Out Of Their Skulls Because Of Smartphone Use But Everything’s Fine, No Reason To Panic 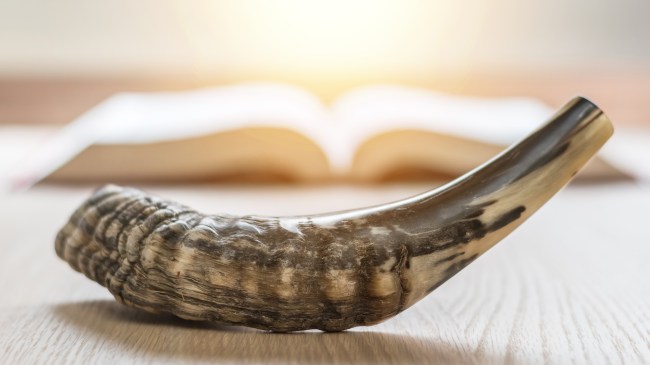 The Internet has changed the way that humans live their lives faster and more dramatically than any other technological advancement in history and the advent of smartphones pushed this change even further forward. Smartphones have changed the ways we learn, shop, listen to music, interact with the outside world, and pretty much everything else we do.

But until now, there hasn’t been evidence that smartphones have actually changed us in a physical manner. According to the Washington Post, research in Biomechanics has shown that smartphones are now changing our bodies with young people GROWING HORNS on their skulls because they’re looking at smartphones all day.

All I do is look at a computer screen during the day except for when I take breaks and look at my smartphone. This is the daily work cycle. And this research is disturbing as hell:

New research in biomechanics suggests that young people are developing hornlike spikes at the back of their skulls — bone spurs caused by the forward tilt of the head, which shifts weight from the spine to the muscles at the back of the head, causing bone growth in the connecting tendons and ligaments. The weight transfer that causes the buildup can be compared to the way the skin thickens into a callus as a response to pressure or abrasion.
The result is a hook or hornlike feature jutting out from the skull, just above the neck.

In academic papers, a pair of researchers at the University of the Sunshine Coast in Queensland, Australia, argues that the prevalence of the bone growth in younger adults points to shifting body posture brought about by the use of modern technology. They say smartphones and other handheld devices are contorting the human form, requiring users to bend their heads forward to make sense of what’s happening on the miniature screens. (via WaPo)

In 2016, they ran 218 X-Rays on subjects aged 18-to-30 years old and they found these bone spikes in 41% of the young adults and they’re more common amongst men than women.

The way I see things, this is great. We’re sprouting horns which means we’re one step closer to having superpowers. For all we know, that horn is actually an antenna that will give our smartphones better cell service. What’s so bad about that? So what if we have horns sticking out of our necks because we’re using our phones too much.

Previous research in to ‘text neck’ and ‘text thumbs’ have been linked to smartphone usage. These are conditions similar to Carpal Tunnel Syndrome but caused by too much smartphone usage. This is the first time we’ve seen frickin’ horns growing out of people’s heads because of smartphones.

I don’t really know what took so long for this study to catch on. Apparently, it was published last year in Australia but it’s just now blowing up which means we’ve been growing these head spikes for a whole fucking year without anyone telling us it was happening:

“An important question is what the future holds for the young adult populations in our study, when development of a degenerative process is evident in such an early stage of their lives?” ask the authors in their most recent paper, published in Nature Research’s peer-reviewed, open-access Scientific Reports. The study came out last year but has received fresh attention following the publication last week of a BBC story that considers, “How modern life is transforming the human skeleton.”

Since then, the unusual formations have captured the attention of Australian media, and have variously been dubbed “head horns” or “phone bones” or “spikes” or “weird bumps.” (via WaPo)

The author of the paper was asked what these skull horns should be called and he deflected the question, saying it was up to people’s imagination. He thinks they look like “a bird’s beak, a horn, a hook.” He really missed his opportunity to put his stamp on human history by coming up with a ridiculous name here.

How big are they? 3 to 5 millimeters in length, about the size of bone spurs.

Are they dangerous? Well, they could be if they cause other malformations in the skull to disrupt things like the head and neck not being configured properly.

If this isn’t the most Heavy Metal thing to happen out of Silicon Valley I don’t know what is. Those nerds creating smartphones so people can send Animojis somehow managed to get people to start growing devil’s horns out of their skulls.

Horns are growing on young people’s skulls. Phone use is to blame, research suggests. https://t.co/kwle0Dsp27

When the aliens find us in a few thousand years and excavate our graves I have to assume they’ll be stumped by this one. ‘What the hell did they use those spikes for?’ they’ll wonder.