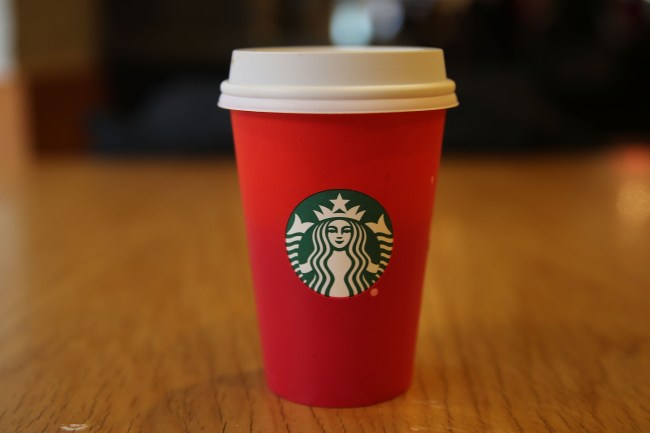 Have you guys ever tried one of these *FeStIvE* Starbucks drinks? Fucking delicious! Well worth the Type II Diabetes and the rotting out of two of my most prominent teeth.

My lady gave me a sip of her Mrs. Claus’ Breast Milk Venti Gingerbread Cappa Fappa Latte and I legitimately felt like I had died and gone to heaven. At least that’s what the doctor said happened before they had to resuscitate me from cardiac arrest.

A recent scientific report commissioned by British nonprofit Action on Sugar confirmed what we already knew–Starbuck’s festive creations have more powdery white stuff in them than Lindsay Lohan’s handbag.

Now close your eyes and imagine how sad you’d have to be to eat FIVE Kit Kat bars, which clocks in at four teaspoons of sugar and is basically four

The second worst menu option on the list is Starbucks’ venti gingerbread latte with oat milk, which contains the equivalent of 14 teaspoons of sugar and 523 calories per serving.

Why don’t you just snort three pixie sticks into your brain like a self-respecting adult.

The worst sugary seasonal latte is Starbucks Gingerbread Latte with Oat Milk (Venti) with over 14 teaspoons of sugar and 523 calories per portion.

Keep in mind, the American Heart Association women shouldn’t consume more than 25 grams of added sugar per day and the gendered data is relevant because women are the only species on earth who will pound a Venti Caramel Latte with bacon grease and extra whipped cream like water but will pick the croutons off a caesar salad. This is why 50 percent of marriages end in divorce.

Honey, we need to talk when you get home from Starbucks.