Nearly Half Of Americans Have Worn The Same Underwear For 2 Days Or Longer, Men Way More Likely To Wear Skivvies For A Week 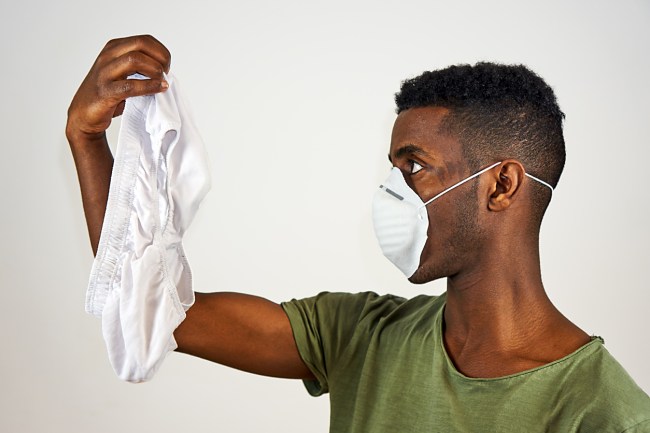 How often do you change your underwear? After every bowel movement? Daily? Every other day? Once a week? Twice a month? Tommy John wanted to find out the undergarment-changing habits of Americans so they surveyed 2,000 men and women and some of y’all need a hygiene intervention.

The study found that 46 percent of those surveyed owned the same pair of underwear at least one year. Then there was 38 percent who said they had no idea how old their oldest pair of skivvies was.

On the devil’s advocate argument, if your boxer briefs don’t smell bad, are they really dirty? Who has time to do all that laundry of washing clothes every day?

You can’t have dirty underwear if you go commando and freeball it.