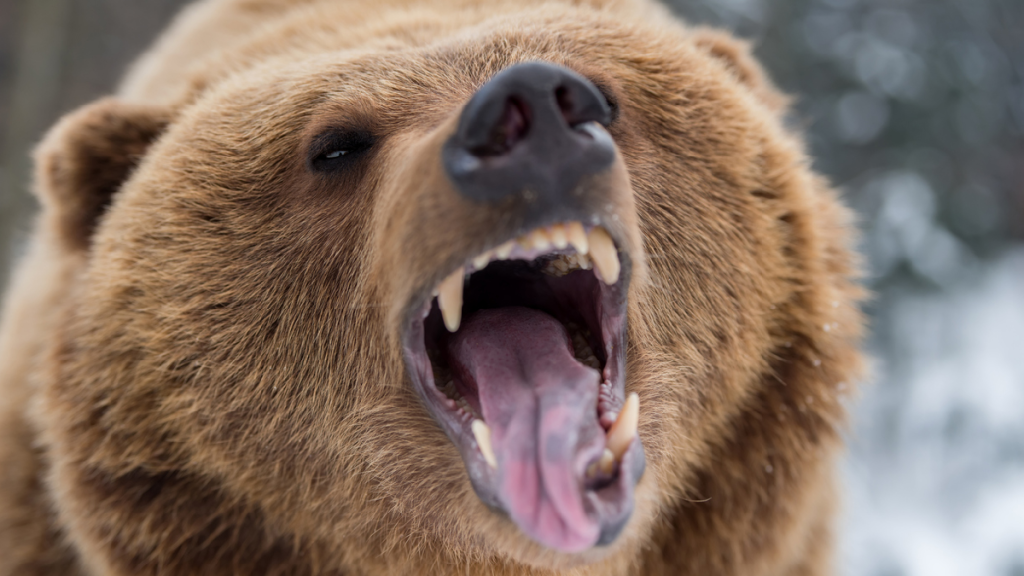 Bear sightings aren’t uncommon in many parts of California. There are an estimated 30,000 to 40,000 bears statewide and the California state flag has a bear on it.

What is uncommon is seeing two big bears brawling in the middle of a neighborhood street in broad daylight. Most people will never encounter such a bizarre sight. But that exact scenario was caught on camera this week in Monrovia, California on the outskirts of Los Angeles.

The two large bears were battling it out in the middle of the day, in a populated neighborhood, on the edge of the San Gabriel Mountains. Footage of the heated bear brawl was captured and shared with local news KTLA. Here we see big bears going at it

Bear Fight: Two big ol’ bears go at it in the middle of the day in Monrovia, California on the edge of the San Gabriel Mountains

It’s not as if the bears could be interviewed after the fact to see if they were okay. But one was chased off by the other and neither appeared to be outwardly injured. It’s probable there was a bruised ego but hopefully that’s the only damage.

I don’t know why this bear fight in Monrovia, California (Los Angeles, basically) reminded me of this incident from South Lake Tahoe back in June but it did. A security camera captured two bears going NUTS on each other inside the garage of a house.

Imagine being the homeowner and you hear a noise and go to investigate and suddenly walk out to see a bear fight like that!