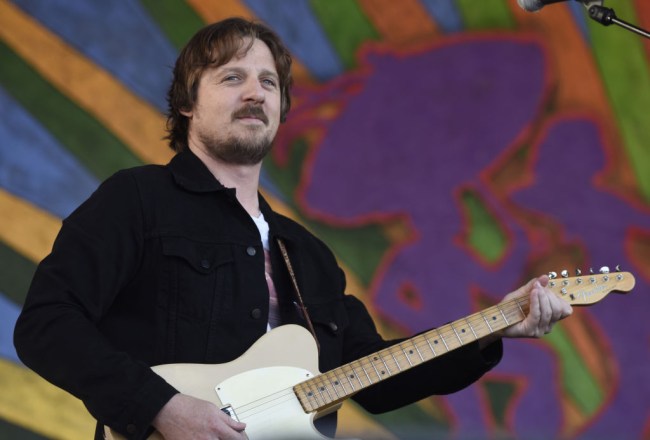 There’s nothing worse than getting unsolicited advice about raising a kid from someone who loves nothing more than prefacing their suggestions with “As a parent,” but based on what I’ve learned during my time as a father, there are four particular Dad Rules you should follow:

Of course, you also want to do things like provide for them, care for them, and make sure they are safe and well-prepared for life. However, the four things listed above are really the name of the game when it comes to being a dad—especially that last one.

Dad Advice is a special thing. Once you become a dad, being able to both pass on the lessons your own dad gave you and dole out some of your own is both an ongoing challenge and an ongoing joy. I can still hear my father telling me things like “One ‘oh shit’ can ruin a whole slew of ‘attaboys'” and “It’s not what you know, it’s who you know” and reminding me that “One day you’re going to run out of tomorrows” when it came to me procrastinating and putting things off.

I’ve been sitting on those as I wait for the right time to share them with my five-year-old daughter but I’ve been workshopping some nuggets of my own ever since she was born, like “It’s all good, everything is fine” and “Just because asparagus make your pee stink doesn’t mean they taste bad” (that second one was supposed to be a metaphor for other things in life that aren’t asparagus but I don’t think she picked up on that).

They are still a work in progress, but it’s a start. I feel like your kid doesn’t really start absorbing the life lessons you pass on to them until they are seven or eight, so I’m not too worried. I have some time.

Over the course of these past few years of fatherhood, I’ve developed some special relationships with certain things, like the pure delight of staring off into the distance while pushing my kid on the swing and the bliss that comes with drinking a beer after she goes to sleep.

There’s also A Sailor’s Guide to Earth, Sturgill Simpson’s excellent third album and one that I’ve listened to more times than I can count. The bulk of the songs on the record were written for his young son and it’s full of solid advice from a new dad that anyone navigating the uncharted waters of fatherhood can apply to their own voyage. You don’t have to have a kid to appreciate the album but it’ll really hit home if you’ve ridden the emotional roller coaster that is parenting.

Simpson’s son was born shortly after he released his 2014 breakthrough album Metamodern Sounds in Country Music. He spent eighteen months on the road after its release and consequently wasn’t there to watch him grow over the first year of his life. When it came time to record a follow-up, Simpson set out to make something inspired by the letters his grandfather had written back in the day when he was serving in World War II.

“I learned more in those three pages about that man than I probably ever could have, like, sitting in a room and talking to him,” he told NPR back in 2016. Simpson found that he too wanted to write home—specifically to his young son—and share with him what he had learned so far in life.

The result is an album that hits you on multiple levels. The first one is musical. A Sailor’s Guide ventures well beyond what we’ve come to expect from a “country” record. It’s soulful and it’s rock, with Simpson leaning on the sounds of Muscle Shoalsesque soul and R&B and ragged-edge grit rocking alt-country just as much as he’s tapping into the sounds of the 1970s era outlaw country that he employed so well on Metamodern Sounds.

On the next level are the lyrics, which are littered with stories and advice Simpson passes on to his son. There are themes of isolation, endurance, and resiliency as well as passages of soul-barring honesty pulled from Simpson’s life and travels—including his time serving in the military.

It’s an incredibly intentional album, with each choice and decision Simpson made working in concert with his over-arching goal of not just dispensing guidance but backing that guidance with context. It’s as if he knew that advice can sound hollow if it doesn’t come from a genuine place; that you need to back up your words to really believe them and effectively sell them.

While the entire album could be viewed as required listening for dads traveling through the early years of fatherhood, there are definitely a few lines and verses that stand out—especially on these songs.

“And if some times daddy has to go away / Well please don’t think it means I don’t love you/ Oh, how I wish I could be there everyday/ ‘Cause when I’m gone it makes me so sad and blue / And holding you is the greatest love I’ve ever known / When I get home it breaks my heart / Seeing how much you’ve grown all on your own”

If you’ve ever dropped your kid off at daycare, then you get it. You know that at some point (usually around the age of two) they start talking about missing you and worrying that you won’t come back. It hurts, and each day can feel like Groundhog Day as they voice the same concerns each morning and you respond with the same reassurances.

What I love about this particular verse is how Simpson makes a point of letting his son know how much he’ll miss him when he’s gone. Making sure your kid knows it’s not just a one-way street is important, as it seems like stressing the fact that the missing is mutual makes accepting it a little easier.

“Oh, and everything is not what it seems / This life is but a dream/Shatter illusions that hold your spirit down / Open up your heart and you’ll find love all around”

It’s tough business when your kid starts to feel the cruel pangs of disappointment. There’s not really an easy way to sugarcoat it and honesty really is the best policy here. They will gradually start to see the truth in the world as the years go on and there’s nothing that you can do about it. However, you can teach them ways to deal and cope with it.

I really like Simpson’s advice about opening up your heart because “you’ll find love all around.” It’s key to keep both an open mind and an open heart, which is a message I try to instill in my daughter on a daily basis.

“Keep It Between the Lines”

“Most thoughts deserve about two or three more”

“Don’t let them try to upsell you / There’s a reason they make chocolate and vanilla, too / If there’s any doubt, then there is no doubt / The gut don’t never lie / And the only word you’ll ever need to know in life is “why” / Keep your head out of the clouds / And remember to be kind / And just stay in school / Stay off the drugs and keep between the lines”

“Keep It Between the Lines” is one of the better songs on the album, which may be because it’s also the track that’s full of the most advice. The entire song is an absolute heater featuring one solid piece of guidance after another.

If I was the kind of person who carved sayings or quotes into pieces of distressed wood (I’m not) and displayed them around the home or the office (I don’t), I’d definitely pull a line from this song. I wouldn’t even think twice about it. It’d go right next to the sign that points to where the beach is and the other sign that says “We’re on Porch Time.”

Again, I’m not that kind of person…at least not yet. Things can change.

When your kid starts to develop their bullshit detector, it can make for an interesting time—especially if (like me) you’re the kind of father who can be prone to slight exaggerations from time to time. When this time comes, you’ll definitely be asking them “Why would I lie to you?” on a regular basis.

Funny business aside, telling your kid about your life before them can be a lot for them to handle. They only know you as their dad, not as the person you were before that. Telling them stories about your days in the non-Dad Life wilderness is both an exercise in them learning about you and trusting you.

As was previously discussed, watching your kid start to experience disappointment is rough and not just because it can be followed by a hell of a tantrum (although that definitely does add some fuel to the fire). Little kids are fragile. Everything is massive to them and disappointment is certainly no exception. As a result, they take disappointment super hard.

As a parent, you then need to operate on multiple tracks at once. You need to both walk them through the disappointment but also teach them how to manage that feeling and the emotions that come with it.

Again, good luck with that.

In “Call to Arms,” Simpson rails against the military and warns his son to not go down the path he did, and in doing so, he gives out advice that is universally applicable.

You want your kid to think for themselves and be their own person. I’m going through this right now with my daughter, as she’s developed this thing where she is prone to act timidly and with hesitancy, which is behavior she seems to have copied from some of the shows she is watching (I’m looking at you My Little Pony and Vampirina).

I’m trying to encourage her to act the opposite way; to speak with conviction and not be afraid to ask questions. I have a feeling it’s not going to be a quick fix, but I’m here for it.

Plus, we have time. We have nothing but time and hand sanitizer around here.