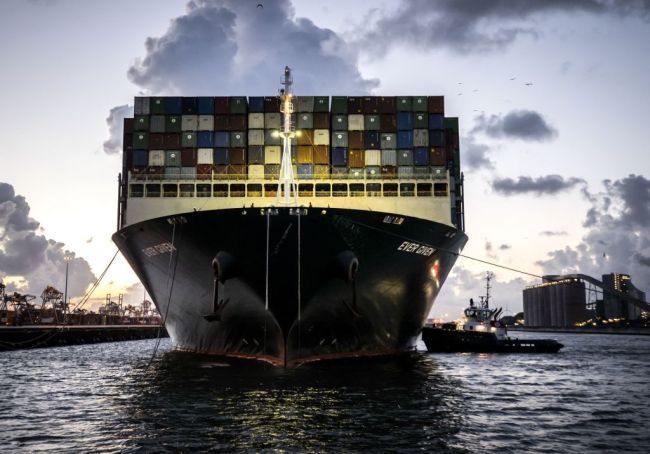 Don’t panic!! A ship that got stuck in the Suez Canal early on Thursday morning has been refloated and traffic has resumed.

However, it was a serious case of deja vu. For the second time in 2021, a large vessel became stuck in one of the world’s most important canals.

Earlier in March, the now-infamous Ever Given ran aground and was immovable for six days. It was eventually freed, but it caused quite a delay and backup in the global supply trade.

On Thursday, a Panama-flagged bulk carrier named Coral Crystal suffered engine problems and ran aground at the 54km mark in the maritime channel. The ship is 225 meters long and 32 meters wide.

The Suez Canal Authority was forced to temporarily suspend navigation while efforts to free the Coral Crystal were underway. 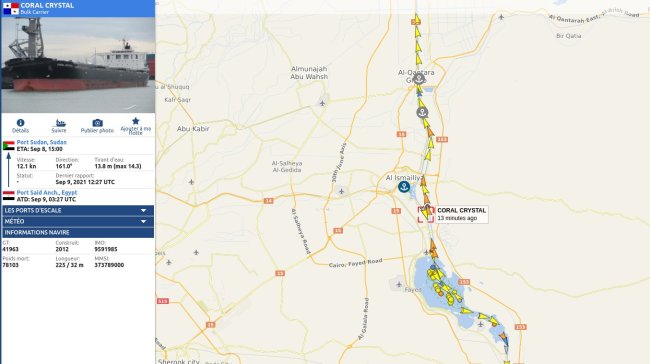 Fortunately, after a short time of around an hour or two, the ship was refloated and the passage was cleared. In the case of the Ever Given, the bulbous bow wedged into the corner of the canal and required to be dug out.

As for the Coral Crystal, it was much easier. Tugboats were able to pull the ship free and on to the port.

🌇 #مشاريع_مصر🇪🇬|
Suez Canal Authority, stated that the navigation in the canal operates on a regular basis, and the authority dealt professionally with the temporary delinquency of the CORAL CRYSTAL casting ship by the authority's tugs, and the ship resumed its transit. pic.twitter.com/CrKoLdUXOY

Suez Canal Authority GM Lieutenant-General Osama Rabie said that the halt in navigation did not exceed the partial disruption and only four ships were held at the entrance. Oil prices did rise sharply after reports of the blockage began to circulate.

The south-bound vessel carries 43,000 tons and “ran into a minor issue.” It was checked and cleared at the port before being allowed to resume its voyage.

For a full history of the Suez Canal, this Twitter thread provides a great understanding.