Two Surfers Busted For Shredding Around Venice, Italy Were Kicked Out Of The City (Videos) 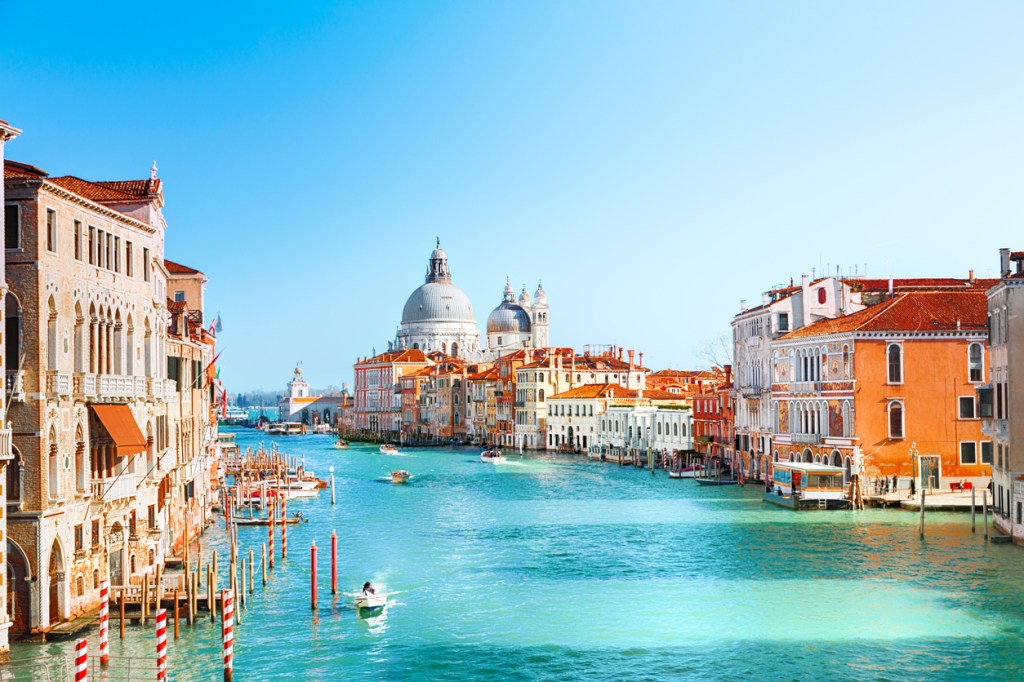 Water traffic on Venice, Italy is stritcly regulated and restricted to boats and gondolas. Water sports of all types are banned including kayaking and canoeing to ensure the water taxis aren’t interfered with.

So it came as quite a shock when two surfers were cruising the Venice Canals on electric surfboards and dodging around water taxis and water buses as they steered their boards with handheld controllers. The boards were similar in nature to the one Mark Zuckerberg was famously riding in Hawaii in that picture that went viral of him slathered in sunscreen.

Electric surfboards might be welcome in Hawaii but not in Venice, Italy. The pair of surfers initially got away scot free but were later identified, fined, and kicked out of The Floating City. But not before footage of them surfing the Venice Canals went viral.

Here are two overbearing idiots who make a mockery of the City … I ask everyone to help us identify them to punish them even if our weapons are really blunt … we urgently need more powers to the Mayors in terms of public safety! To those who spot them, I offer a dinner!

Another person on Twitter claims to have seen the same pair the day before riding their electric boards:

As a waterman, I get it. Riding the waters of Venice, Italy on an electric surfboard looks awesome. It would be really cool if they could figure out a way to shut down a portion of the city for like 2 hours a year to make this an annual event instead of fining people thousands and kickign them out. Alas, the mayor was furious.

According to the Italian media outlet Il Gazzettino, Venice mayor Luigi Brugnaro was so angry he basically mobilized the entire city to find them and punish them. He issued a statement offering to pick up the dinner bill of anyone who outed the two surfers, saying “I offer a dinner to those who find them. Mayors need more powers in terms of public safety.”

It’s unclear how they were identified and who they are, but that same media outlet reported that the two surfers were found, their electric surboards were seized by authorities (worth about $25,000), they were fined around $1,500 each for posing a safety risk on the canal, and they got kicked out of the city.

I’m struck with the thought of ‘is that enough of a deterrent to stop this from happening in the future?’ The loss of two electric surfboards totaling $25,000, an additional $3K in fines, and getting kicked out of Venice is a LOT.

If someone has enough money, what’s to stop them from surfing around the canals as a bucket list item and then just paying the fines and going about their business? Being kicked out of the city is certainly a powerful deterrent but nothing’s stopping them from returning in the future, as far as I can tell.