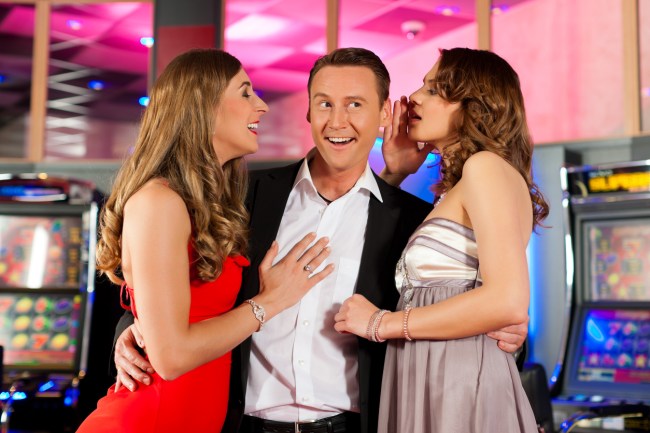 In what could be a scene out of the movie Hustlers, two women were caught by surveillance cameras befriending a man at a casino only to drug him and rob him after spiking his drink.

Video shows the man and two women at the slot machines where one of the ladies distracts the man while the other pours a substance into his drink.

DRUGGED AND ROBBED: Authorities say two women at a South Florida casino spiked a man’s drink before bringing him back to his hotel room and taking $1,000 cash and a Rolex worth $15,000. https://t.co/dvAWHgDp7k pic.twitter.com/sPbosM3Oei

The Florida man told the Broward Sheriff’s Office that he was drugged, fell asleep and woke up to discover that the women stole his Rolex worth $15,000 and $1,000 in cash.

“Immediately after taking it, he said he felt drugged and had difficulty moving,” the sheriff’s department said in the police report.

This crime scene is like the movie Hustlers IRL where strippers drug men with a cocktail of MDMA and ketamine so they can rob them.

In March, a video from 2016 re-surfaced where Cardi B admits that she used to drug and rob men.

CardiB says she used to what? 👀 pic.twitter.com/NJWigTlb9Z

The rapper later tried to explain why she drugged and robbed men. “I made the choices I did at the time because I had very limited options,” she wrote on a now-deleted Instagram post. “I have a past that I can’t change we all do.”

If two attractive women approach you and you’re an ugly dude, you might want to think twice about it and honestly contemplate their true intentions. Be careful out there.