Here’s Your Guide To Surviving A Nuclear Attack Using Science 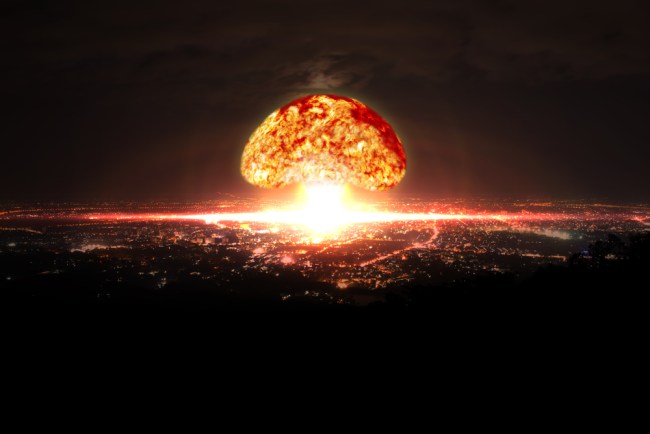 But, in the case of a nuclear attack, you should at least know some basic information on how to survive. In the latest episode of SciShow, the host breaks down what will happen in the immediate aftermath of an attack including the heat, light, radiation, and everything else:

Have you ever seen one of those questions on the Internet asking what the most batshit crazy theory you can come up with is? Or has anyone ever asked you a question like this before? It’s not something that comes up in conversation frequently but whenever I get asked this question here’s what I say: the only reason that a time traveler hasn’t come back from the future yet is because there is no future. At some point, nuclear war will wipe out the planet and that will prevent us from ever making time travel a reality….Sure, this is a complete trash theory that’s not based on science at all but it’s one that starts to make sense after you’ve ripped the gravity bong 3 or 4 times in a night. I’m not saying I came up with this stupid theory while smoking but I’m also not not saying that.