Sweden Told Its Citizens To Prep For War By Stockpiling Tortillas, Cheese Spread And Wet Wipes 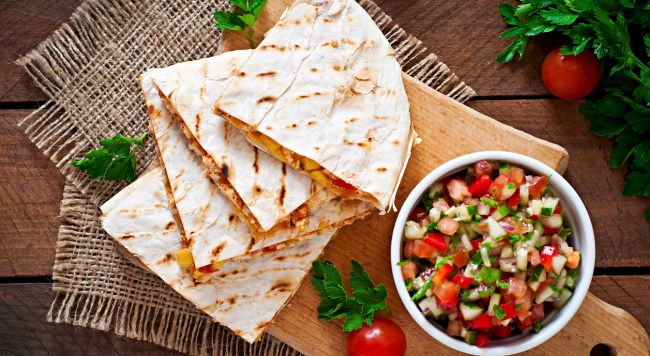 For some reason this week, Sweden issued its first pamphlet to its 4.8 million citizens since 1961, in the midst of the Cold War, on what to do “if crisis or war comes” to their country.

The 20-page handbook, called “If Crisis or War Comes,” which was posted this week on the Swedish Civil Contingencies Agency website says, “If Sweden is attacked by another country, we will never give up. All information to the effect that resistance is to cease is false.”

It also gives citizens tips on acquiring clean water, identifying propaganda (aka fake news), what an air raid warning sounds like, and how to find a bomb shelter.

Sweden tells its citizens to prepare for conflict in the first public awareness campaign of its kind since the Cold War. Here's what's in the booklet: https://t.co/NWT99mJjwK pic.twitter.com/uztjsF2K06

Uhhh… do the Swedes know something we don’t?

“Although Sweden is safer than many other countries, there are still threats to our security and independence,” the pamphlet states.

There is also a list of emergency supplies they recommend Swedes stock up on, just in case. Among the items mentioned are tortillas, spreadable cheese, instant mashed potatoes, ravioli, hummus, salmon balls, precooked lentils, tins of Bolognese sauce, fruit purée, rosehip soup, oat milk, and coffee. Sounds like they’ll be having a nice little dinner party in those bomb shelters. 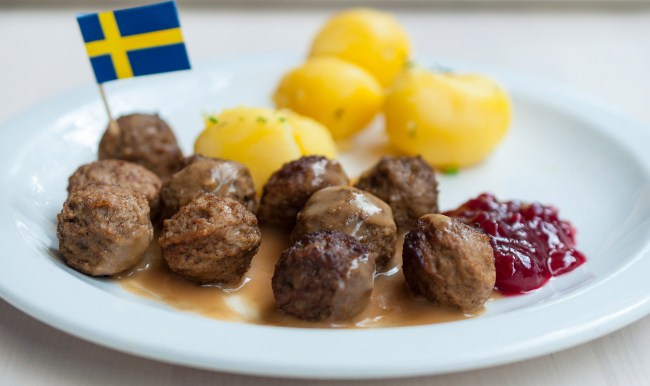 They also recommend loading up on buckets with lids, a radio, wet wipes and a written list of important phone numbers.

“It is much more likely that we have a storm, or flooding, or an I.T. attack, than that we have a military attack,” Ms. Andersson said. For anyone who “really wants Sweden to come to a standstill,” she said, information technology is a vulnerable area.

“We are extremely dependent on IT systems and the electrical grid,” she said. “If something happens to these systems we will have problems.”

Perhaps, but at least they will have a hefty supply of tortillas and spreadable cheese so it’s not all bad. They can make enchiladas!