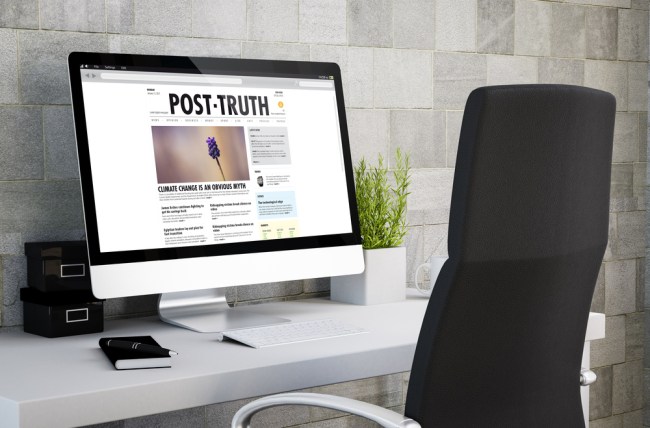 There’s a new online game that’s really fascinating if you keep up with the news and spend any amount of time online. The game is titled Bad News and the goal is to teach you how fake news gets spread online.

I went through and played Bad News, it only takes about 10 minutes, and what I found to be the most fascinating aspect is that while Get Bad News‘ goal is to teach you how fake news spreads like wildfire online what the game is actually doing is teaching you how to become a master troll and grow an army of conspiracy theory-believing followers. It’s pretty wild.

The goal of Get Bad News is to grow your followers and it teaches you how to manipulate people online into believing your bullshit. First, you must gain credibility. Then you build your fake news army through manipulation. Along the way, you learn what makes the Internet tick.

I’ve pulled some screenshots so you can see what this game looks like in action before you decide to play for yourself and learn how quickly you can grow a troll army by spreading fake news online: 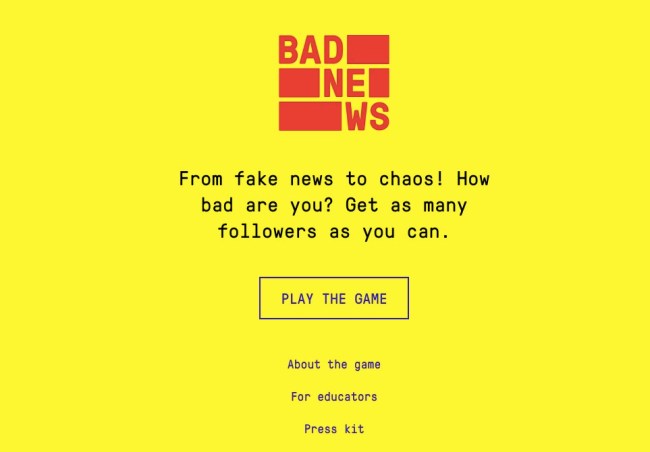 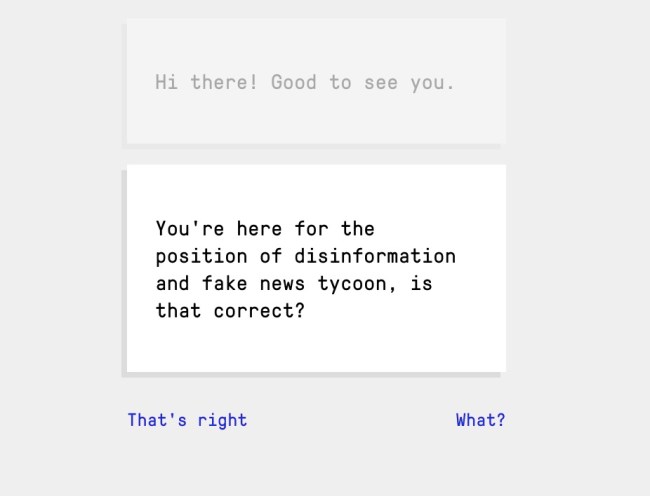 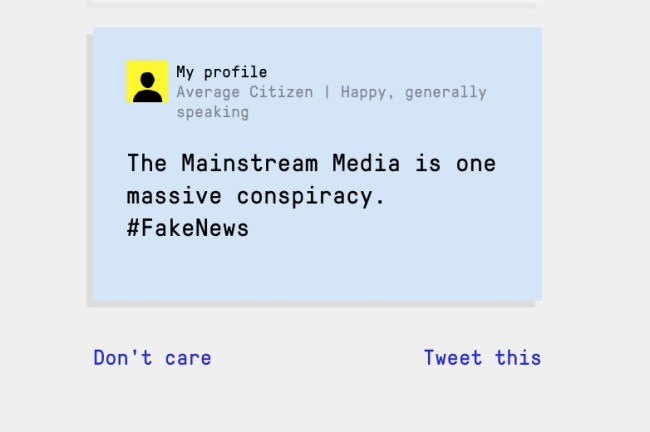 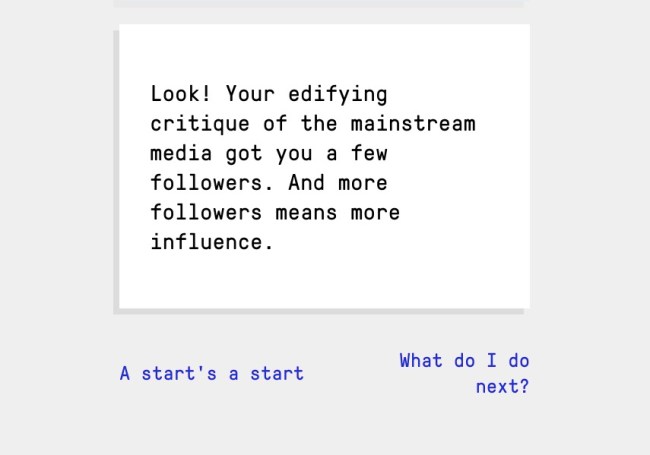 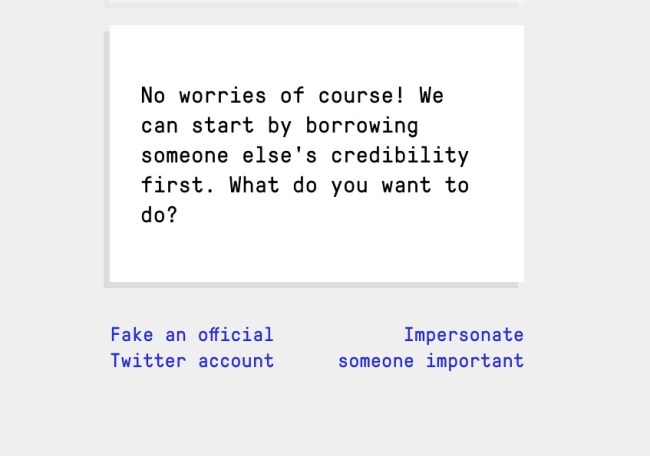 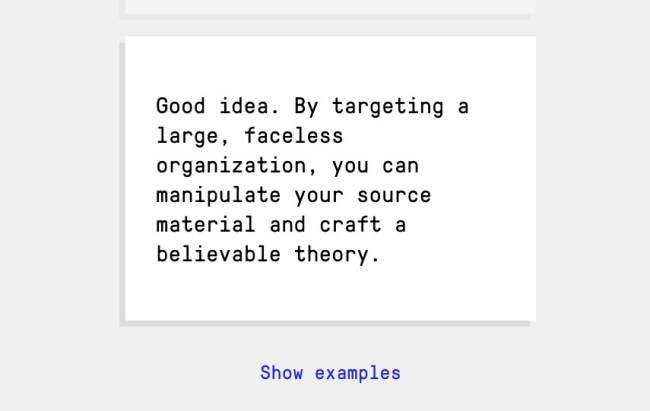 You can play the game for yourself on Get Bad News.

This is kind of off topic but it’s something that blows my mind every single time I see the term ‘FAKE NEWS’ thrown around on TV. How the term has been completely hijacked from what it meant a year ago during the Presidential Election to what it is now. Now, we’ve got shitty politicians and pundits on all side hurling the term ‘FAKE NEWS’ at anything they don’t like. Last year, it referred to the dissemination of actual fake ass news online, mainly on Facebook and Twitter via troll armies. Total batshit crazy conspiracy theories with zero bases in reality were being spread like wildfire online.

How did the trolls manage to twist this term from something that referred to actual fake news into something that encompasses anything against a certain political agenda? It’s impressive is what it is. To have an entire population flip-flop on a term in a matter of months.

Anyway, for more on this game you can click here to play it or you can visit FastCoDesign for informationon this project.