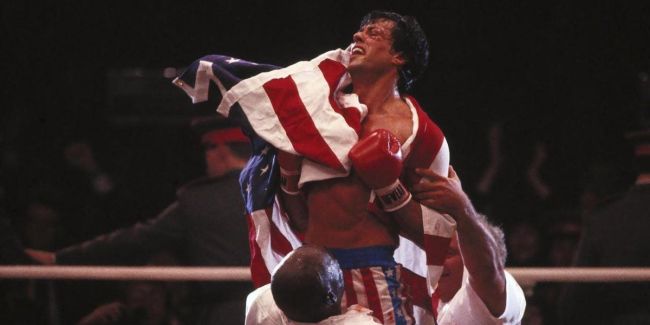 Sylvester Stallone, the famed actor who stars in the Rocky franchise, has recently ripped the film’s producer over ownership rights, saying that he’s being prevented from “leaving something of Rocky to his children.”

On Sunday, the 76-year-old Stallone took to social media to call out Rocky producer Irwin Winkler for not sharing the rights to the franchise with him and his family.

“A very flattering portrait of the great ‘Rocky’/’Creed’ producer, Irwin Winkler, from one of the country’s greatest,” Stallone wrote. “After Irwin controlling ‘Rocky’ for over 47 years, and now ‘Creed’, I really would like to have at least a little [of] WHAT’S LEFT of my rights back, before passing it on to ONLY YOUR CHILDREN — I believe that would be a fair gesture from this 93-year-old gentleman?”

Released in 1976, Rocky — which Stallone also wrote in addition to starring in — was the highest-grossing film the year it was released and won the Academy Award for Best Picture. Rocky was then followed by five direct sequels, Rocky II, Rocky III, Rocky IV, Rocky V, and Rocky Balboa. The film series made Stallone one of biggest stars in Hollywood and launched his career as an action hero.

Then, in 2015, Creed — a sequel franchise centered on Apollo Creed’s son — was launched and was followed by Creed II in 2018 and the upcoming Creed III, which will hit theaters later this year. The film is set to be directed by franchise star Michael B. Jordan, who will be making his directorial debut on the project.

RELATED: Sylvester Stallone Explains Who He Thinks Would Win In A Fight Between Rocky And Rambo