Have A Big Idea To Change The World For Good? T-Mobile Wants To Hear it For A Chance To Get Up To $10,000 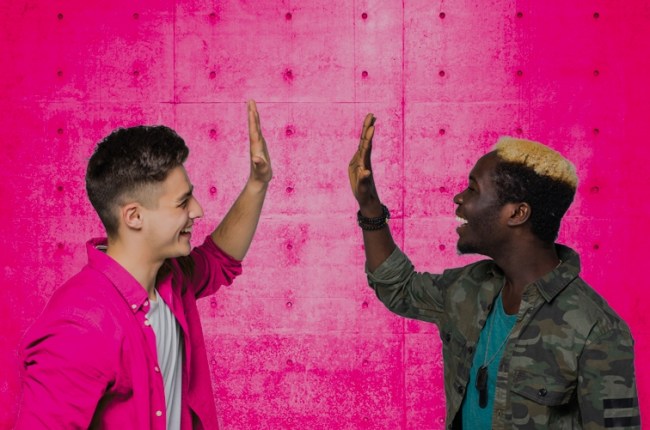 Presented in partnership with T-Mobile

Ever have a big idea that you think could leave a positive impact on your community? Of course you have, you’re human, and we’re wired to think up things like that. Only problem is, oh right, money. All too often, many of us fail to follow through on our grand plans because we don’t have the financial support, or the support in general, to pursue them.

Thanks to T-Mobile, though, all you big-thinkers out there will no longer be able to use that excuse, because the company is bringing back its nationwide Changemaker Challenge Contest for the second-straight year, aimed at rewarding young entrepreneurs, ages 13-23, who have bold ideas in the areas of Technology, Environment and Education. The entire program is also in partnership with Ashoka, who are experts in helping youth Changemakers turn their ideas into reality.

Whether you’re the next amazing business mind like John Legere, T-Mobile’s CEO, or are disrupting the status quo to make your community more connected, sustainable, and inclusive, the Changemaker Challenge is an opportunity to show your passion. Even better, for those eligible participants, there’s a pretty sweet reward for the top 30 teams: between $2,000 and $10,000 seed funding to put toward your idea.

So what’s T-Mobile looking for? Here’s some of the judging criteria…

In addition to the $10,000 seed funding from T-Mobile for the Grand Prize winner of the Changemaker Challenge Contest, all of the top 30 winning teams also get a handful of perks to help bring their idea to life:

Applications for T-Mobile’s Changemaker Challenge Contest are already open, and run through September 26, so don’t miss out on the opportunity to make your mark on your community and across the globe. Hey, it only takes a simple idea — and a gamble on yourself to pursue it — so sign up for the Changemaker Challenge Contest and see if you can be one of the top teams heading to T-Mobile headquarters.

Now’s the time to show how much of a visionary you are. Where you can put your big ideas to the test, while showing you’ve got that “it” factor your fellow classmates don’t have. T-Mobile’s Changemaker Challenge Contest is the chance to be the movement, not join it; so go ahead and put your big idea out there for others to see.

Participants must be between the ages of 13-23, and reside in in the U.S. or Puerto Rico. Find out more about T-Mobile’s Changemaker Challenge Contest by visiting the official website.