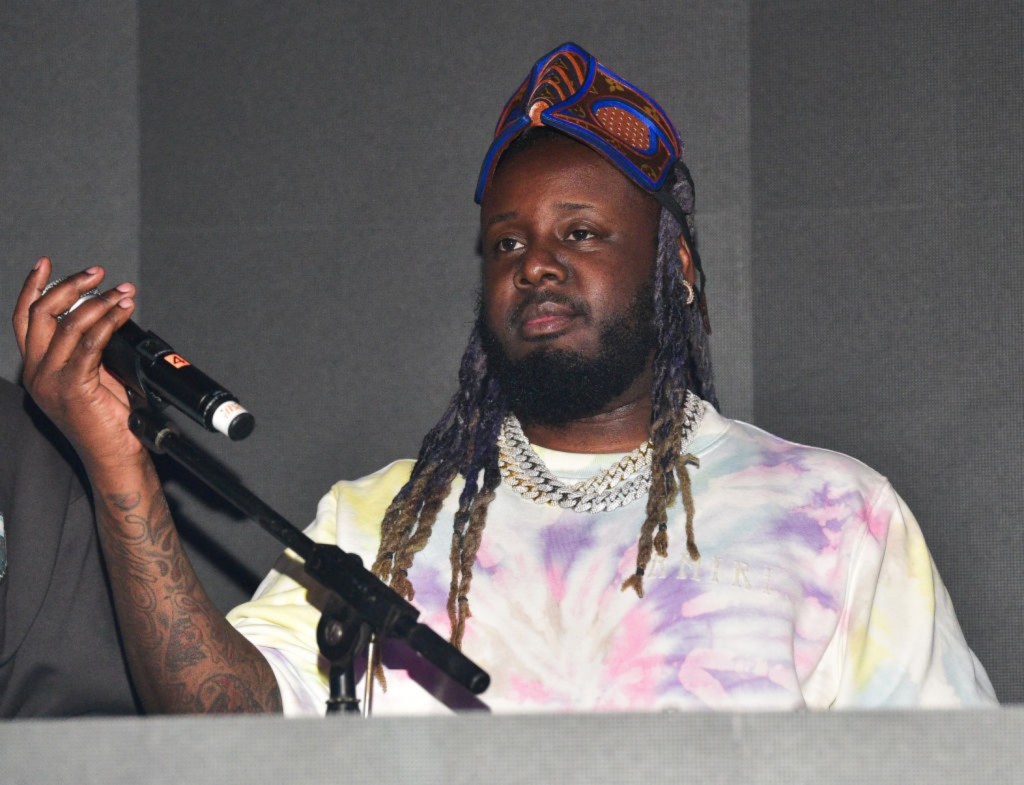 T-Pain shared a TikTok back in late April showing all of the famous artists who had tried to slide into his DMs over time. The list included names like Diplo and Fergie and brands from E! News to Nickelodeon.

He had no idea anyone was trying to DM him because all of the messages got stuck in his ‘requests’ folder. You can see that TikTok right here but the real story is below, he’s now shared a list of everyone he’s planning on working with.

Being T-Pain seems incredibly stressful. He is an incredibly talented artist and everyone wants a piece of his success. Now he’s being overwhelmed with new collaboration requests to the point that he can’t keep up.

He just released a list of the artists he’s officially collaborating with right now, along with a lengthy Twitter thread about what else might be in the works:

I wanna start this thread off by saying I’m definitely not complaining about this but I don’t think we know what kind of pressure we put on others. This isn’t for the fans. pic.twitter.com/y9GjfQf8tJ

That’s a pretty impressive list of artists he’s working with at the moment which means the future is bright for T-Pain fans. His Twitter thread didn’t stop there, however. Here’s how the rest of the thread unfolded. There’s some not-safe-for-work language in these tweets so be forewarned about that:

So! This is the list of features I actually HAVENT done yet that I’ve gotten since the whole “situation” a while back and I’ve promised to deliver. This is just features that I actually WANT to do. I’ve talked to these ppl personally and accepted the job.

I still have MY career #NappyBoyRadioPodcast @NappyBoyEnt #NappyBoyDrifting @NappyBoyGaming #NappyBoyFilms and my own team and artists @omgitspiao @ChayoNash that I have in my hands and I’m a very hands on person so I’m all over the place with my shit.

I wish I could make everybody happy but this is exactly why I disappeared the first time. I just need to take my time and I promise you’ll get what you asked for.

I actually give a fuck about your records and in order for me to feel like I’m leaving quality shit behind for when I’m gone I gotta take my time.

If you read this far thank you. Take care of yourselves out there.

I love that he’s applying manners to this. Stating that he’s doing all of these in the order they were received instead of prioritizing anything based on any number of reasons.

It would feel right to head out of here without including the T-Pain Tiny Desk Concert from NPR. Enjoy: