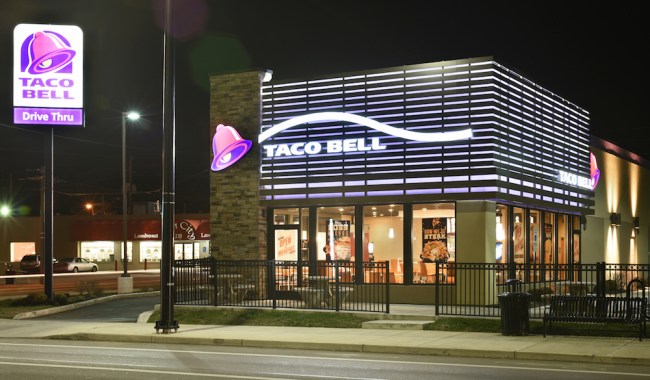 There’s nothing worse – and I mean NOTHING – than pulling up to the drive-thru of your favorite fast food joint, only to find out your favorite menu item is GONE.

No warning. No goodbyes. Gone like your high school girlfriend in the first semester of college, never to be heard from again.

Where did you go, Abigail?!?! Didn’t you get all those mixtapes I sent?!?

First, the good news. Everyone’s favorite – and one of the healthiest – fast-food restaurants, Taco Bell, announced the addition of two new menu items coming in August.

The $1 Beef Burrito is the latest addition to the Cravings Value Menu.

And now, the bad news.

To make way for these two new menu items, Taco Bell announced that 12 items will be removed from the menu. I’m not sure how removing 12 makes room for just two items. I was banned from owning a fast-food franchise years ago, so I’ll probably never know the real answer.

The Grilled Steak Soft Taco was a personal favorite but far from my “go-to” menu selection. The Beefy Fritos Burrito was fun at first, but best enjoyed when not of sound mind. That’s my classy way of saying it is delicious when you’re blasted from an all-day drinking event like a birthday party or homeschooling.

This isn’t the first time the Bell made such drastic cuts to their menu. Around this time last year, America’s favorite taco spot tinkered with their combo meals. I’m not into conspiracies, but right after this happened, the world was thrown into a global pandemic. You connect whatever dots you want.

Taco Bell announced a stay of execution for the Quesarito. Although it will be removed from the menu in restaurants, customers can still order the burrito wrapped in a quesadilla directly on the web or the Taco Bell app.