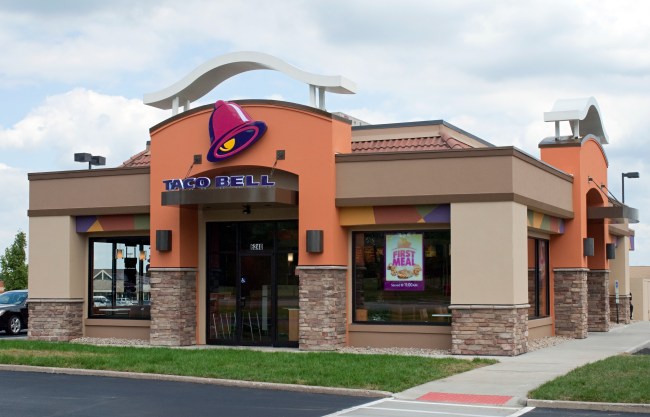 Taco Bell lovers in a few cities are about to get a special holiday treat. They’ll be testing out a few new menu items that look absolutely delicious between December 27th and mid-January.

I haven’t had Taco Bell in a few months but I’ve always been loyal to that 4th Meal life. Unfortunately, I don’t live in one of the cities that won the lottery for these test items. With that said, I might be willing to consider a road trip between all three cities to test out the new Taco Bell menu items because each test item will only be available in the one specific city. Three cities, three items. Each gets one.

The three lucky cities include Milwaukee, Cincinnati, and Charlotte. I’d say I’m probably most interested in what Milwaukee has to offer. A $5 Cheesy Jalapeño Nachos Box which will include ‘chips, ground beef, beans, nacho cheese sauce, shredded cheese, sour cream, pico de gallo, creamy jalapeño sauce and jalapeños’. This box will be served with a drink. 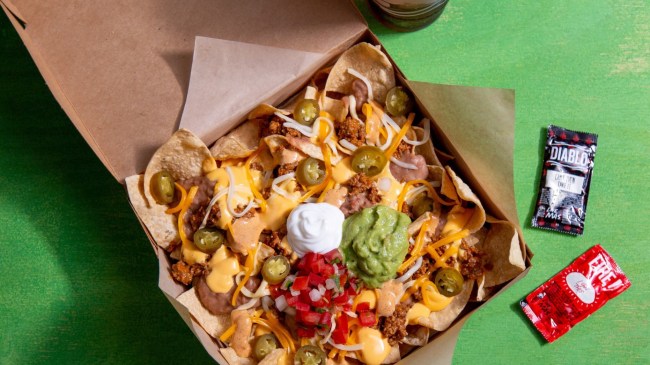 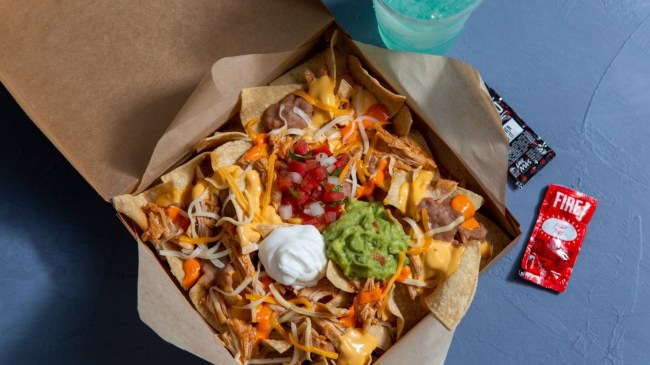 Let’s just pause for a moment and acknowledge that Taco Bell’s putting guacamole in both of their nacho boxes test menu items while other chains are trying to charge you several dollars for the guac alone.

Cincinnati is getting shorted on the Nacho Boxes but they’ll be offering $1 Beefy Potato Flatbreads which sounds like the steal of the century. Only $1 for a flatbread stuffed with beef, potatoes, nacho cheese sauce and melted cheddar cheese….Do we think that’s enough cheese? I feel like this could use a cheesy dipping sauce to really make it pop off. 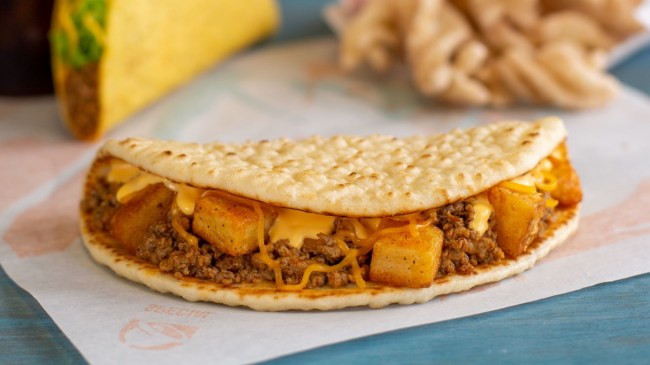 According to Fox News, the Beefy Potato Flatbread can also be added to a combo box for $5 which also includes Doritos Locos Taco, Crunchy Taco, Cinnamon Twists and a medium drink. This, my dudes, sounds right up my alley.

Milwaukee sounds like the hottest destination in America for Taco Bell test items. They were able to test out a Reaper Rancher Quesarito earlier this year which featured Carolina Reaper peppers and nacho cheese for just $3.

I’m not sure if you bros know this yet but these days you can pick up ‘Taco Bell Party Packages‘ to throw ragers catered by Taco Bell. Hit that link to check those out.