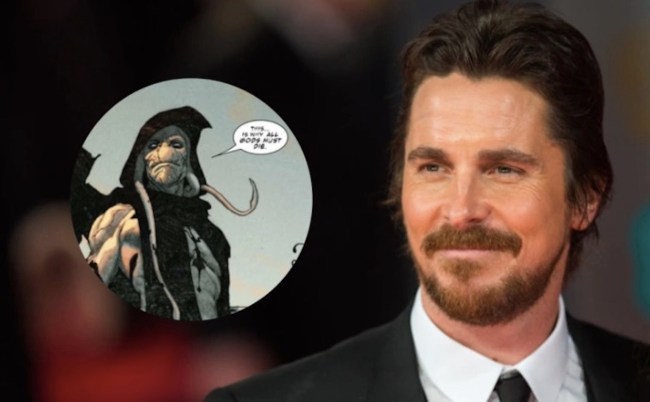 After entering the Marvel Cinematic Universe with two films that are widely considered to be among the franchise’s worst, Chris Hemsworth’s Thor rebounded into becoming one of the MCU’s best characters following Thor: Ragnarok, Avengers: Infinity War, and Avengers: Endgame.

Thor’s stature within the MCU has been elevated to such a point that the God of Thunder will now be the first character to get a fourth solo film in the franchise, which is more than the founding fathers of Iron Man and Captain America.

That fourth film, July’s Thor: Love and Thunder, is also shaping up to be one of the biggest MCU films of time as the Guardians of the Galaxy will not only be joining Thor for this adventure, but Oscar winner Natalie Portman will be returning as Jane Foster/debuting as Mighty Thor, while fellow Oscar winner Christian Bale will be joining the MCU chaos as Gorr the God Butcher.

During a recent interview with AP for their Summer movie preview, Taika Waititi, the director of the film, shared further details about Thor: Love and Thunder and revealed that he thinks Christian Bale brings to life Marvel’s best villain yet.

“It’s a great, really fun, weird little group of heroes, a new team for Thor with Korg, Valkyrie and The Mighty Thor,” Waititi said. “And, in my humble opinion, we have probably the best villain that Marvel’s ever had in Christian Bale.” [via Associated Press]

Helmed by Academy Award-winning director Taika Waititi, who previously directed 2018’s Thor: Ragnarok, Thor: Love and Thunder stars Chris Hemsworth, Tessa Thomspon, Christian Bale, Natalie Portman, Chris Pratt, Dave Bautista, Pom Klementieff, Karen Gillan, Jeff Goldblum, and Russell Crowe. Matt Damon and Melissa McCarthy are also set to have cameos in the film. It will be the second MCU film of the year following Doctor Strange in the Multiverse of Madness, which releases on May 6. Thor: Love and Thunder  will then be followed by Black Panther: Wakanda Forever, which releases in November.