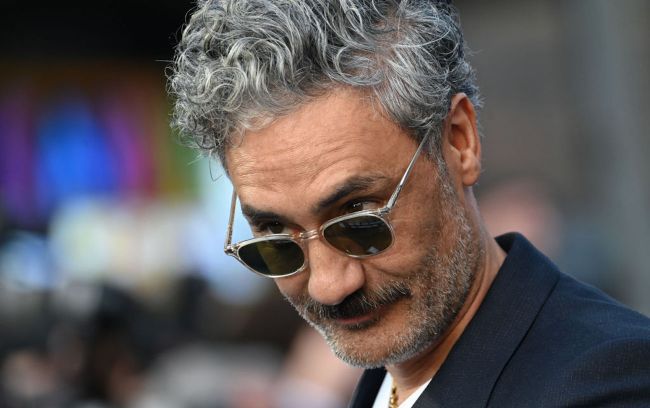 There are few men on Earth who I’d rather be than Oscar-winning director and actor Taika Waititi. First and foremost, he’s currently dating Rita Ora, which is a self-explanatory perk.

In addition to his personal life, though, his professional life is also dream-life, as the Academy Award-winning director (his film Jojo Rabbit won Best Original Screenplay) can virtually make any project he wants these days, as evidenced by the fact that he’s following up Thor: Love and Thunder with Next Goal Wins, a Michael Fassbender-starring sports dramedy, an adaptation of The Incal, and a highly-anticipated Star Wars film. He can also toss his Hollywood weight behind passion projects such as FX’s excellent Reservation Dogs if he wants to.

With Thor: Love and Thunder now less than a month away from hitting theaters, Waititi has begun to ramp up press for the film and has given a number of interviews in recent weeks.

During a conversation with Total Film, Waititi discussed his upcoming Star Wars film, which is set to be the next in the franchise to hit theaters and the first since 2019’s widely derided The Rise of Skywalker.

Clearly knowing what fans want to hear, Waititi dished out some details about his vision for the galaxy far, far away and confirmed that his story would be taking place in a different time in Star Wars history and introduce entirely new characters.

“Look, I think for the Star Wars universe to expand, it has to expand. I don’t think that I’m any use in the ‘Star Wars’ universe making a film where everyone’s like, ‘Oh great, well that’s the blueprints to the Millennium Falcon, ah that’s Chewbacca’s grandmother.’”

“That all stands alone, that’s great, though I would like to take something new and create some new characters and just expand the world, otherwise it feels like it’s a very small story.”

At this time, while Waititi’s Star Wars film does not have an official title, cast, or release date, expect the project to hit theaters in late 2024. Keep living the good life, Taika.