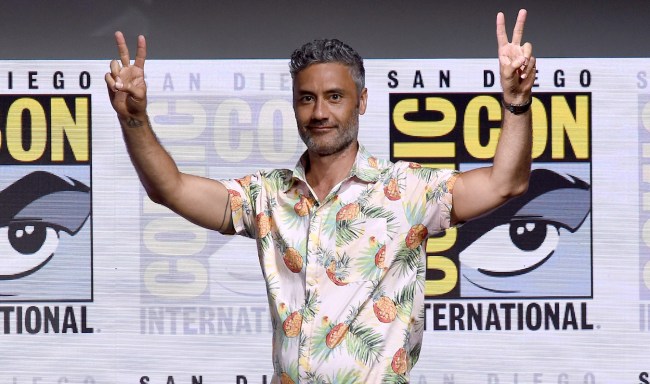 Following The Rise of Skywalker, the disappointing end to their first attempt at a Star Wars trilogy, Disney finds themself with a clean slate when it comes to the cinematic corner of the universe far, far away and is reportedly turning to Taika Waititi to help forge the franchise’s future.

According to an exclusive report from The Hollywood Reporter, Waititi — the acclaimed director of the director of Thor: Ragnarok, the Academy Award-nominated Jojo Rabbit and the season one finale of The Mandalorian — has been “approached to develop a Star Wars movie.” At this time, THR states that it’s “unclear where things stand in those talks.”

It is unclear where things stand in those talks. It is also unclear whether the project is separate from the one being developed by Kevin Feige, with whom he closely worked on Ragnarok, or a separate Star Wars project. Disney and Lucasfilm, the producer of the Star Wars movies, had no comment.

The move comes as two Star Wars streams arc in different directions. Waititi is coming off great acclaim from the fan community for directing the final episode of season 1 of The Mandalorian, the live-action Star Wars series on Disney+ that became must-watch TV in part thanks to Baby Yoda.

In addition to directing the season one finale of The Mandalorian — the critically-acclaimed “Chapter 8: Redemption”, which many fans consider to be the strongest episode of the series yet — Waititi voiced the popular droid character IG-11.

Waititi’s latest directorial effort, Jojo Rabbit, has been nominated in six categories at this year’s Academy Award, including for Best Picture.

The New Zealand-born filmmaker certainly has a packed upcoming schedule, as he’s slated to direct the Michael Fassbender-starring soccer flick Next Goal Wins and the fourth entry in Marvel’s Thor franchise, 2021’s Thor: Love and Thunder.