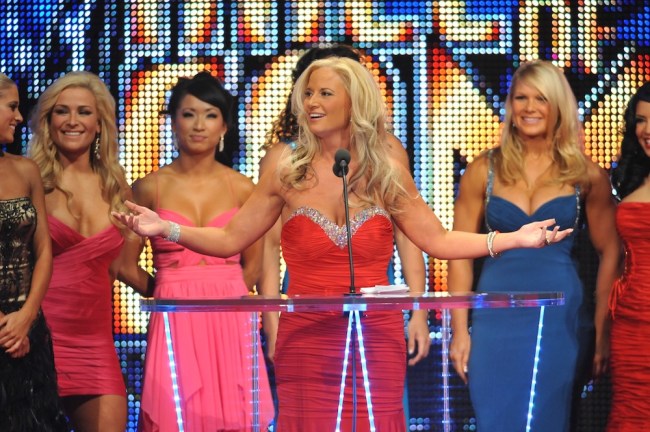 Former WWE star Tammy Sytch – better known to 90s fans as Sunny – is in trouble with the law once again.

PWInsider is reporting that Sytch is being held at the Monmouth County Correctional Institution stemming from a police stop yesterday.

The site is reporting that Sytch was arrested early in the morning and charged with operating a motor vehicle during a second license suspension, eluding a police officer and contempt/violation of a domestic violence restraining order.

The WWE Hall of Famer has been in and out of jail the last few years for multiple reasons, including:

Sytch is currently on parole.

In May, Sytch started an OnlyFans page, and was allegedly making bank.

According to Ringside News, about her new venture that “Even if every subscriber Sunny has signed up for the lowest subscription plan of $134.96 per 1/2 a year, her Only Fans is racking in $215,396 a year. If each of her subscribers is paying per month then she is making $287,184.24 a year. That being said, her yearly number should fall somewhere between those two figures minus 20%.”