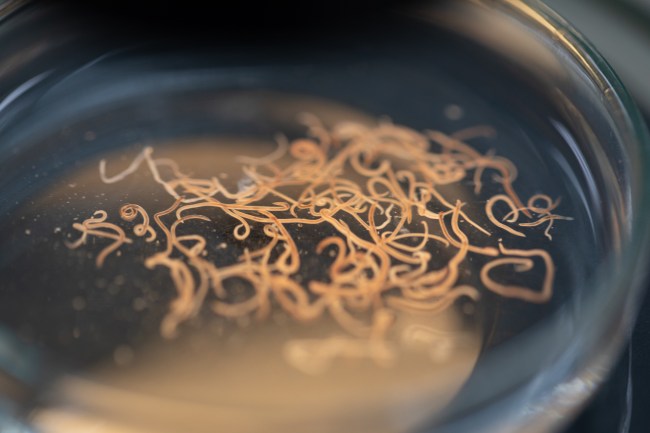 Being a hypochondriac has to be one of the most exhausting medical conditions on the planet. Anytime your leg goes numb or you come down with a headache you’re convinced it’s a brain aneurysm, cancer, or some parasite living inside your body.

According to Newsweek, these tapeworms typically live in the intestines of dogs and cats but the tiny tapeworm larvae can be passed to humans beings and lead to ‘a parasitic infection known as sparganosis’ which causes some nasty symptoms. The parasite (tapeworm) can latch onto the host (person) in the lungs, urinary tract, digestive system, central nervous system, the skin, and it can find its way to the ears or brain where it can cause havoc:

When the parasite ends up in the subcutaneous tissue, the victim may develop painful nodules. If it finds its way to the ear, the patient can experience vertigo or deafness. But if it reaches the brain or spine, the host can suffer a variety of neurological symptoms, including weakness, headaches, seizures and abnormal skin sensations, such as numbness or tingling.

Lei said that he began to feel numbness down his left side in 2007. Since then, his health has gradually worsened, to the point where he suffered frequent seizures and blackouts. (via)

According to the report, he visited countless specialists trying to figure out what the hell was wrong with him. He was treated for a ‘suspected malignant brain tumor’ that obviously didn’t exist and it wasn’t until 2018 the doctors discovered it was a 5-inch tapeworm that had been living in his brain for FIFTEEN DAMN YEARS.

He initially underwent treatment to try and kill the tapeworm in an effort to avoid risky surgery but that didn’t work so the doctors and patient pushed forward with the procedure:

“The surgery was risky,” Doctor Gu from Sanjiu Brain Hospital told reporters. “The live tapeworm was moving in his brain and we had to remove all of it otherwise the leftover part could grow again.”

“It is not the only case, our hospital has treated four patients this year,” he said. “People should be careful when cooking frogs, snails and snakes that need to be cooked thoroughly. Also, do not drink water in the wild unless it has been boiled.” (via) 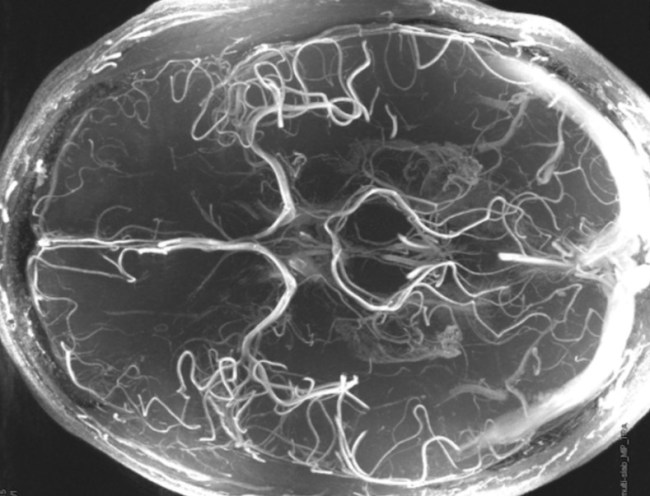 That’s not a picture of his brain, by the way, that’s my brain. It’s just a dope image of my brain I thought you dudes would enjoy. Now let’s move on.

Four patients this year? Did they reaaaaalllllyyyy need to add that portion? How in the hell am I supposed to sleep next time I get a headache knowing it’s probably a parasitic tapeworm eating my brain?

It’s bad enough that we have a zombie disease outbreak but now I have to worry about worms eating my damn brain anywhere we go on the planet?

For more on this story, you can click here to visit newsweek.