‘Sharknado’ Star Tara Reid Kicked Off Plane Before Takeoff After Complaining About Her Seat, Pillow 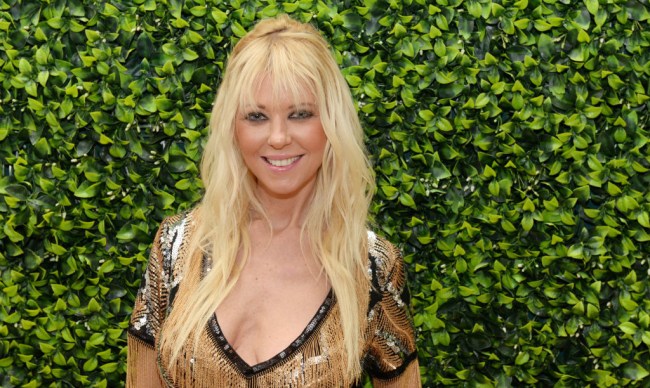 Our girl Tara Reid (yes, she is our girl, don’t make me fight you) had herself a rough go of it Monday afternoon when trying to take a flight from Los Angeles to New York.

The Sharknado 1, 2, 3, 4, 5 and 6 star reportedly had a little disagreement with flight attendants that resulted in the 42-year-old actress being asked to depart the plane by the pilot before taking off, reports TMZ.

Tara Reid flew into a rage on a flight, shortly before takeoff … prompting the captain to toss her, and her little dog, off the plane.

The incident went down Monday afternoon on Delta Flight 613 from LAX to NYC. Witnesses tell us Tara was pissed and loudly complained about being given the wrong seat. She later bitched about not getting a pillow. Flight attendants tried diffusing the situation … but it was too little, too late.

We’re told the pilot — after pushing back from the gate — announced he was turning around because of a customer service issue. In the video, you can see Tara being told she had to go. Cops were not called and Tara complied … deplaning with her dog.

According to TMZ, Tara was under the impression that she should have had a window seat, not one on the aisle. She was also upset because the woman sitting in front of her had reclined her seat cramping her leg room.

If that last part is true, I am going to have to totally side with Tara on this one. Stupid seat-recliners…

A Delta spokesperson said that after a short delay the flight eventually made its way to New York while Reid took an alternate flight.

In other Tara news, did you know that she has her own perfume now? Because she does. It’s called Shark by Tara and I bet it smells like success.